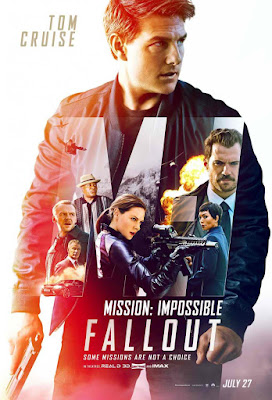 After failing to retrieve a nuclear weapon in one of their missions, Ethan Hunt (Tom Cruise) is forced to team up with a new CIA operative (Henry Cavill) and get the job done before it is used to kill thousands of innocent lives. It doesn't stop there as Ethan learns that Solomon Lane (Sean Harris) is appearing to be one of the masterminds for the plans of the attacks and with MI6 agent Ilsa Faust (Rebecca Ferguson) thrown into the mix, Ethan stumbles on who to trust and finish another life-threatening situation. 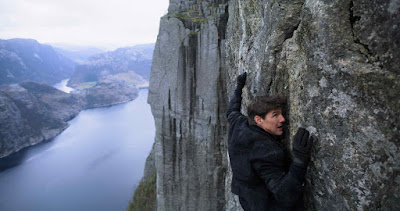 After two decades, The Mission Impossible franchise spawned into six films and in every film, Tom Cruise delivers a slam-bang affair of exhilarating stunts and incredible action sequences that will make you hold on to the edge of your seat. Unlike any other action-franchise, Mission Impossible gets better and improves each part and tremendously executes a breathtaking film that still makes you crave for more. 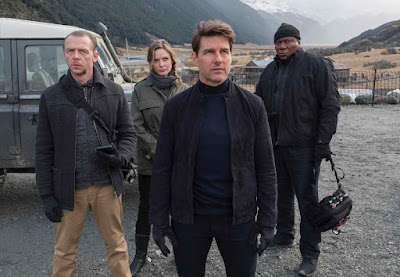 The franchise is all about thrill and excitement with a lot of mind-blowing stunts to look forward to. They might have done everything from the past films but can't imagine that they still have a lot of tricks under their sleeves like that astonishing helicopter chase in the latter part. The extremities of their ideas are endless and once again deliver another action film to remember. From the breathtaking locations up to the grandiose choreography, Fallout has all the perfect ingredients to experience on an IMAX screen. 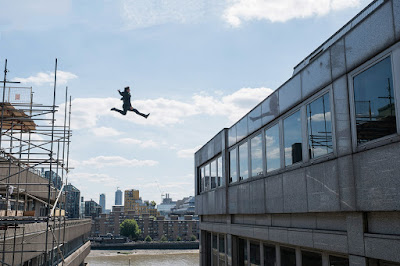 Tom Cruise has been the face of this series but despite his aging body, he still continues to do the dangerous stunts that even broke his ankle and sidelined him for six weeks. He is passionate in whatever role he stars in but we always get the best out of him while doing these kinds of films. Tom Cruise is surrounded with great supporting cast in this franchise with Vhing Rhames solidifying his role as Luther and the always reliable Simon Pegg for the comedic purposes. You also got the talented Rebecca Ferguson back in action together with the returning Michelle Monoghan to spark Ethan's past. We also loved the inclusion of Henry Cavill as he effectively sells his role as Walker and the stunning Vanessa Kirby, who looked gorgeous in every angle. 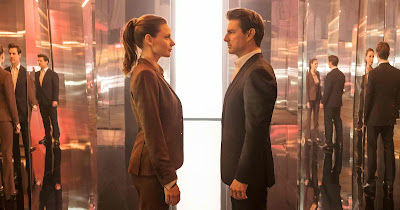 Overall, Mission Impossible: Fallout is another solid addition to the best action movie franchise in history. Tom Cruise never fails to impress as this film doubled up the stakes and leveled up the thrill, intensity and excitement to give the fans a reason to see it thrice on the big screen.