Embracing Diversity in Thrilling YA Movie “THE DARKEST MINDS” 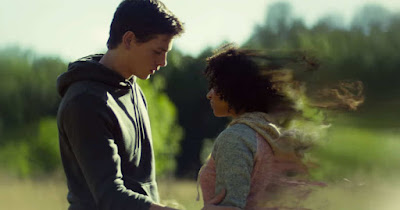 “The Darkest Minds” is set in a very near future society where most of the nation’s children have perished – victims of a terrible disease. The surviving children are considered to be dangerous Enemies of the State because they possess extraordinary powers and therefore pose a threat to the government. Amandla Stenberg (Hunger Games, Everything Everything) plays Ruby, who escapes from the authorities and teams up with a group of other kids, including Liam, played by Harris Dickinson. They go on the run, using their powers, wits, and friendship to stay alive.
“The whole movie is a quest for this ‘slip kids’ camp,” says producer Shawn Levy. “And for this camp where supposedly kids live free, the character of Clancy [played by Patrick Gibson] is pretty critical because he runs this utopian kind of what could be a ‘Lord Of The Flies’, ‘Maze Runner’, kid-only civilization or outpost, with order, with kindness, with charisma. Travelling on the quest to the slip kids camp with Ruby and Liam are two other characters: Zu, played by Miya Cech and Chubs, played by Skylan Brooks. 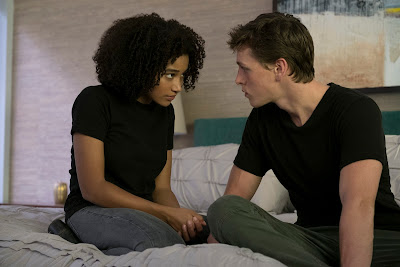 “Zu is a nine, ten-year-old girl and Miya is a revelation – she’s this young actress at an age where you rarely find a great actress,” says Levy. “When Miya auditioned, her face was so expressive.  Her character doesn’t talk for ninety-five percent of the movie and that’s not easy.  So you need someone who is articulate without words.  And Miya, who is also crazily professional for such a young age, brings a heart achingly expressive quality to the character of Zu, who we learn, over the course of the movie, has been through real trauma – way more trauma than someone that age should ever have to go through.”
The other travel companion, Chubs brings an additional element to the mix.  “Chubs is not only a dimensional and authentic character the way all of our characters are,” says Levy, “but he brings a certain levity.  He kind of calls it like it is.  When he sees something brewing between Ruby and Liam, he’s going to name it even if it makes people uncomfortable.”
Another two very different female characters help round out the cast: Cate, a doctor who tries to help Ruby, and Lady Jane, a bounty hunter who hunts the children down.  “I knew early that we wanted Mandy Moore to play Cate,” says Levy. “We needed someone who had strength, but who also had real, immediately palpable warmth. That’s what we needed for the character of Cate, who is basically a savior of sorts.  And we need to believe in that and, with Mandy we do, instantly.” 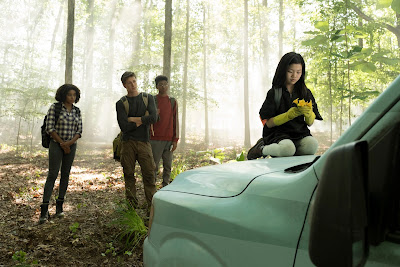 “Lady Jane is a bounty hunter and honestly, as soon as Gwendoline Christie came up as an idea, obviously, whether you’ve seen “Game of Thrones” or “Star Wars: The Force Awakens”, Gwendoline has a physical, imposing presence that is formidable and unique, but she’s also got such a range as an actress.”
Excited to sign on to the project, Christie explains, “After reading the script, I felt that it connected very strongly to our times, to our political situation, severe and deeply upsetting and awful refugee situations around the world, and that I think in terms of our media, we’re starting to, I hope, connect more with human beings that are seemingly different from us, and recognize that those differences aren’t so great after all. And that we can recognize, I hope, the humanity in each other, and what it is to need comfort, to need shelter, to need liberty, and of course love,” says Christie. 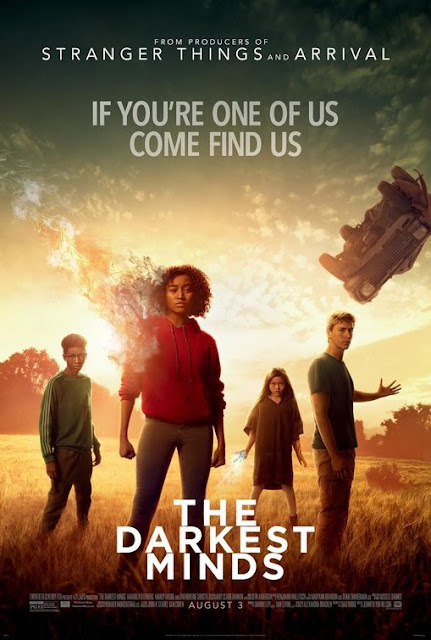