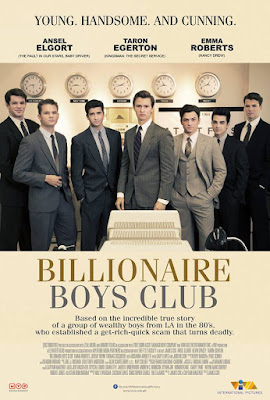 
Joe Hunt (Ansel Elgort) and Dean Karny (Taron Egerton) both graduated in the same school and had the chance to meet again in an unexpected circumstance. Believing that they can both turn their lives into royalty, they decided to build an investment company. They are promising their clients that their money can earn as much as 50% in profit and soon company grow into a whole new level. However, when their scheme went down south the two must find a way to pull off a miracle before its too late.

Thanks to Viva International Pictures as we were able to attend the advance screening of Billionaire Boys Club last night at Robinsons Galleria. We are one month ahead from its US release and after Baby Driver and Kingsman: The Golden Circle, we are excited what Ansel Elgort and Taron Egerton would bring us this time around. 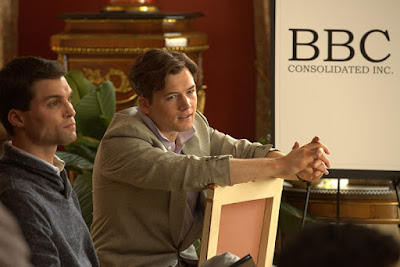 The film already got our attention at the first few minutes as the topic got pretty interesting. It's all about making money quickly and how can a sweet talk make you invest the entire college fund of your kids. Yes, this all happened in real life and in every instant success there also has an anchor that can pull you down in a jiffy. 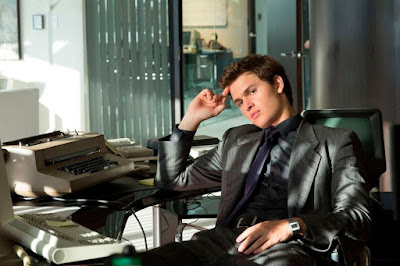 Billionaire Boys Club is all about the rise and fall of Joe Hunt and his Investment company, which is cleverly acted by two promising stars in Ansel Elgort and Taron Egerton. Elgort shows his smarts equipped in his looks to make Joe Hunt an absolute chick magnet. He uses his charm and sprinkles it all to the character he portrayed and makes it look good. Taron Egerton, on the other hand, already mastered playing a character wearing a coat and tie which he has already been doing in the Kingsman franchise. However, he doesn't have the special gadgets and skills to help him this time around, but he still managed to deliver what the film needed him to do. Supporting casts was pretty amazing too with Emma Roberts shining in her small scenes and Kevin Spacey plays as a convincing fraud.

Overall, Billionaire Boys Club is an effective telling of a tragic tale of young boys who almost had everything in their lives in an instant. It managed to deliver the best out of both Ansel Elgort and Taron Egerton and impressively gives the audience a compelling story to search for that we never knew that it existed.