Ant-Man and The Wasp: Movie Review 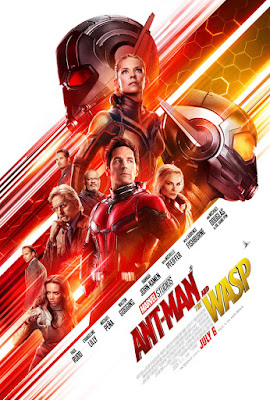 We last saw Scott Lang aka Ant-Man (Paul Rudd) in Captain America: Civil War and because of his actions, he was put under house-arrest. He is struggling to be a good father and a superhero at the same time and to avoid further more complications, he must follow the rules, or else he will be sentenced for another 20 years in jail. However, Lang is forced to team-up with his the Wasp,  Pym's daughter (Evangeline Lilly) and dive into the Quantum Realm to rescue her mother (Michelle Pfeiffer). But this not an easy task as there are forces that is trying to get a piece Hank Pym's technology for their own personal gain. 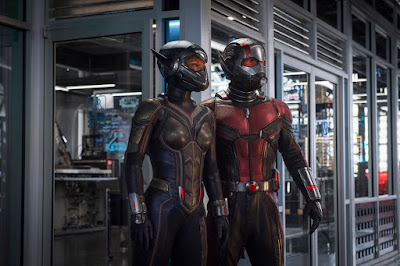 The first Ant-Man movie was surprisingly good and a fun entry for the Marvel Cinematic Universe, and I wasn't surprised to see the sequel with Ant-Man getting his partner the Wasp into the picture. This sequel also explains why Ant-Man is missing during Infinity War and gives us a slight piece of dessert after the cliffhanger part in Infinity War. 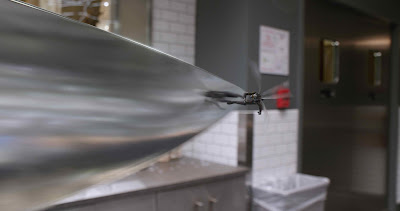 Ant-Man and The Wasp is slightly better from its predecessor as they leveled-up the entertainment factor from start to finish. The special effects were grandiose as the use of the different size techniques looked tremendous on the big screen. I love the fact how they managed to put a lot of work even to the small details so will look perfect. The choreography was also flawless as the fight scenes were just remarkable by all means. 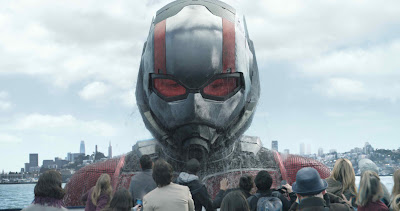 But what stood out the most is the charming presence of each of the cast members. Paul Rudd continues to impress as he comfortably plays Ant-Man like what Ryan Reynolds did to Deadpool minus the Rated-R content. He is funny with or without the suit and nevertheless, continues the good work for our small hero. Evangeline Lilly clearly did a great job and showed that she is a worthy partner for Scott Lang. However, who could ever forget Luis on the first part played by Michael Peña. He once again stole the spotlight with his crazy antics, and thankfully he got a longer screen time to showcase his talent. Other casts also did a remarkable job with their roles notably Michael Douglas, Lawrence Fishburne and Hannah John-Kamen. 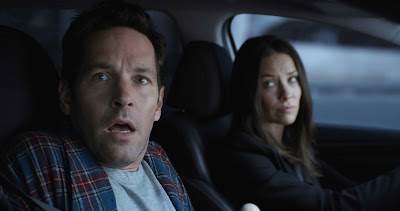 Overall, Ant-Man and the Wasp is easily a crowd pleaser film. It is more than a superhero film and definitely another Marvel film to love and remember. It is best to be seen in IMAX 3D to capture the reel-time action in full-blast.