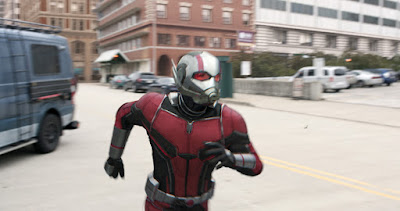 For Scott Lang, there’s no shrinking from responsibility when it comes to family.
When we last saw Scott Lang in Marvel Studios’ “Ant-Man,” he was trying to go straight for the good of his daughter Cassie. Now three years later, Marvel Studios’ “Ant-Man and The Wasp” will allow us to find out if Scott stayed on that path for the good of his family. 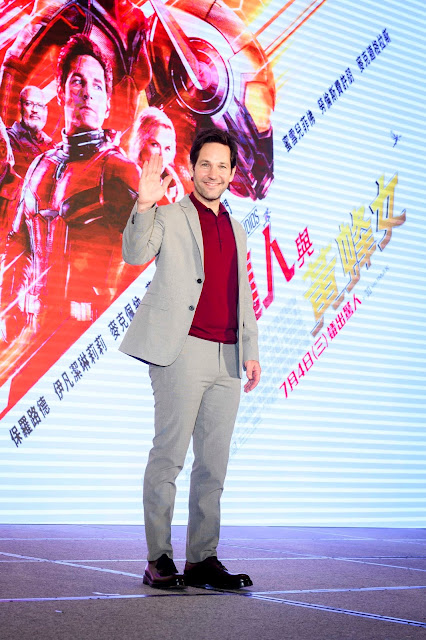 Paul Rudd, who reprises the role of Scott Lang/Ant-Man in Marvel Studios’ “Ant-Man and The Wasp,” reassures  that Scott is still doing the best he can. While that gives the fans hope, you never know when it comes to the Marvel Cinematic Universe; there’s always a super villain out there who tends to bend things to their will.
When it came to stepping back into the shoes of the reluctant Super Hero facing the unimaginable, Rudd took on a singular approach. “One of the things that I really like about playing this character is that Scott is thrown into these extraordinary circumstances of shrinking and flying around on ants and dealing with life-threatening situations,” says Rudd. “I’ve always tried to sustain his way of dealing with everything with a sense of humor and a carefree attitude. I think it gives an audience a fun ride to see somebody like Scott Lang take in all of this craziness. So, for me, that’s fun to play.” 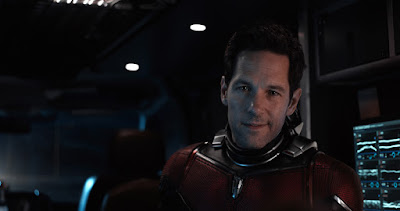 From the beginning Rudd, who is also a writer on the film, and director Peyton Reed were in sync about the film’s direction, which mirrored their collaboration on “Ant-Man.” “Ever since Peyton came on board we both agreed that we wanted to create something that was fun and original within this genre. First and foremost, laughs would be important but so would the emotional moments. You will still be wowed by the visual effects, but we’d also make them funny. I feel like we’ve always been on the same page as far as the movie we want to make, so that just allows trust for me as an actor to know that he’s getting what he needs.” 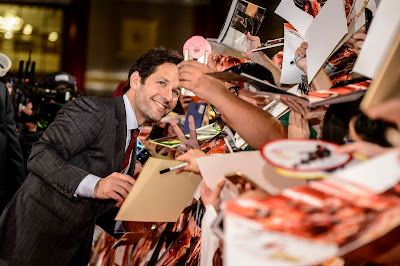 As far as the comedy moments go, they would indeed prove to be an important part of “Ant-Man and The Wasp,” and for Rudd having creative partners with similar tastes helped elevate the material in unexpected ways. “Peyton and I like weird jokes, as does Kevin Feige, Stephen Broussard and most of the Marvel team,” says Rudd. “They’re all comedy lovers, so it’s kind of nice to work on something where you can make a random Neil Hamburger reference, and the head of the studio knows what you’re talking about because nobody else does.”
About Marvel Studios' “Ant-Man and The Wasp”
From the Marvel Cinematic Universe comes “Ant-Man and the Wasp,” a new chapter featuring heroes with the astonishing ability to shrink. In the aftermath of “Captain America: Civil War,” Scott Lang (Paul Rudd) grapples with the consequences of his choice as both a Super Hero and a father. As he struggles to rebalance his home life with his responsibilities as Ant-Man, he’s confronted by Hope van Dyne (Evangeline Lilly) and Dr. Hank Pym (Michael Douglas) with an urgent new mission. Scott must once again put on the suit and learn to fight alongside the Wasp as the team works together to uncover secrets from the past.
“Ant-Man and the Wasp” is directed by Peyton Reed and stars Paul Rudd, Evangeline Lilly, Michael Pena, Walton Goggins, Bobby Cannavale, Judy Greer, Tip “T.I.” Harris, David Dastmalchian, Hannah John Kamen, Abby Ryder-Forston, Randall Park, with Michelle Pfeiffer, with Laurence Fishburne, and Michael Douglas. 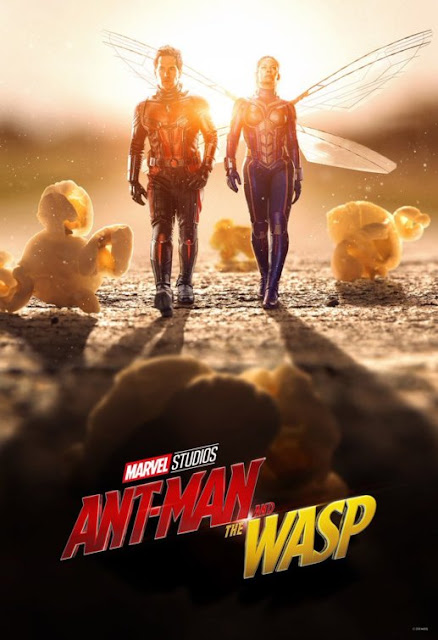 The fun-filled “Ant-Man and The Wasp,” with its signature out-of-this-world action and laugh-out-loud comedy, flies into Philippine cinemas July 4, 2018.