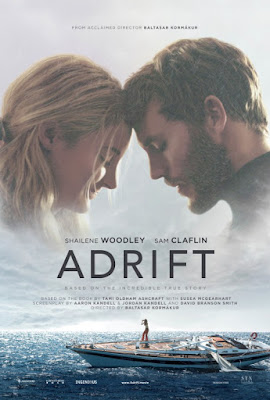 
In 1983, Tami Oldham (Shailene Woodley) meets Richard Sharp (Sam Claflin), a sailor who basically wanders in different places and had to stop by in the docks of Tahiti. The two immediately got along and soon fell in love while sharing the same dream in taking many adventures together. When Richard gets a job in taking a wealthy couple's boat to San Diego, the two went on to their first long trip together. However, along the way they came across with a strong tropical depression that both left them adrift somewhere in the Pacific Ocean. Will the two find the courage to survive the biggest challenge in their lifetime? 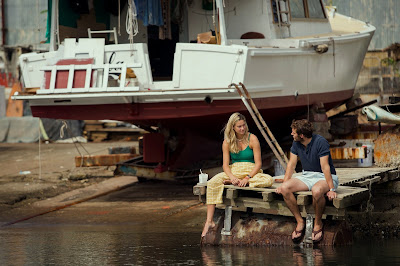 There had a lot of films with the same theme that have been released for the past few years and tackles about survival in the sea. Some are actually good putting "Life of Pi" on top of our list but there are some that are just plainly forgettable after the end credits started rolling. Here comes Adrift for this year, which rides on a true story and headlines a pair of undeniably charming lead stars in Shailene Woodley and Sam Claflin.

The film rides on the strong performances of the lead stars but it was more of a Shailene Woodley show right from the very beginning. She shows a spirited performance, as you can really feel the agony and struggles of her character. She filled it with an outstanding burst of emotions, especially on the latter part that really hit us. Sam Claflin also showed how versatile he is and kept at pace with Woodley's amazing performance. It was just an exceptional experience watching this two reliable stars. 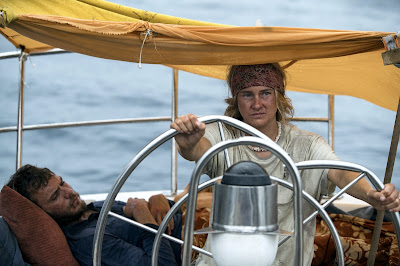 However, when it comes to the story pacing, it was cliched, and the repetitive flashback scenes didn't help either, but it doesn't stop the film from visualizing an inspiring story. Director Baltasar Kormákur, who also helmed the survival story Everest in 2015 basically delivers the entire thing raw and neatly with a bit of nerve-racking shots especially when the storm arrives. Together with his whole team they made it possible to bring the viewers at the center of the horrifying and dangerous typhoon while enjoying a tub of popcorn and your favorite drink. 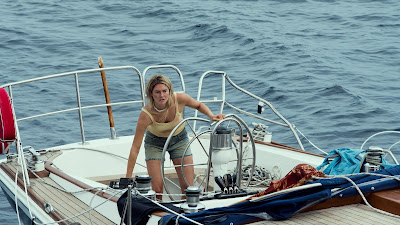 Overall, Adrift is a suspenseful survival sin the sea drama anchored by the exceptional performance of Shailene Woodley. It may be a drag at times but can't take away the fact that it is remarkable as a whole.