“Maze Runner: The Death Cure”, the third and final chapter of the massively-followed YA blockbuster book-to-movie franchise will open in Philippine cinemas onJanuary 24 with returning cast  - Dylan O’Brien, Kaya Scodelario, Ki Hong Lee, Rosa Salazar and Thomas Brodie-Sangster.
In (the first movie) The maze Runner, the Gladers found themselves in the middle of a giant maze patrolled by deadly monsters. With no memory of who they were before they found themselves in the Glade, mystery abounded, and getting out of the maze’s oppressive walls was their main preoccupation. In Maze Runner: The Scorch Trials, they had achieved their goal, only to discover that the outside world contained just as many horrors.
And now, in Maze Runner: The Death Cure, the Gladers have finally caught up to the nightmare of their reality. Time has passed since the events of The Scorch Trials, during which Teresa betrayed her friends and Minho (Ki-Hong Lee) was captured by the shadowy organisation WCKD. As the movie opens, the Gladers are orchestrating an elaborate train heist to try and rescue their friend, finally ready to fight rather than flee. 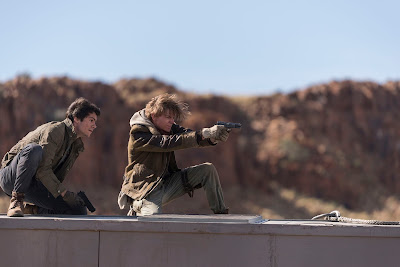 “It’s the world of WCKD,” director Wes Ball says. “The last city left standing. WCKD has built, essentially, the same maze walls around it, surrounding the city to protect this core group of people that are just trying to survive the Flare virus. They’re looking for safety, a cure, whatever.”
So in The Death Cure, we come full circle. Where in The Maze Runner, the Gladers were trying to escape their prison, now they’re trying to break into WCKD’s idea of paradise. “It’s essentially a heist movie this time.”
“When we pick up with the characters in this, it’s the first time we’re seeing any time pass in these movies,” says Dylan O’Brien. “This is really the first time you’re seeing Thomas experienced and a little more mature. He’s dead set on this goal of redemption, and taking down WCKD once and for all. He’s driven. And they’re all dialled-in.”
For Ki-Hong Lee, Minho’s kidnapping has hit him hard. “He’s very broken and up against the wall,” the actor says. “I've never seen Minho this desperate before. Because he's always got it together, he's always got a plan, he's always trying to help people, he's always trying to lead. So you stripped him of his family, and you stripped him of his abilities and that's what you get for the third movie. I guess in the first two movies he's always fighting for his family, but in this one he's fighting for himself, and the sliver of hope he has of getting out.” 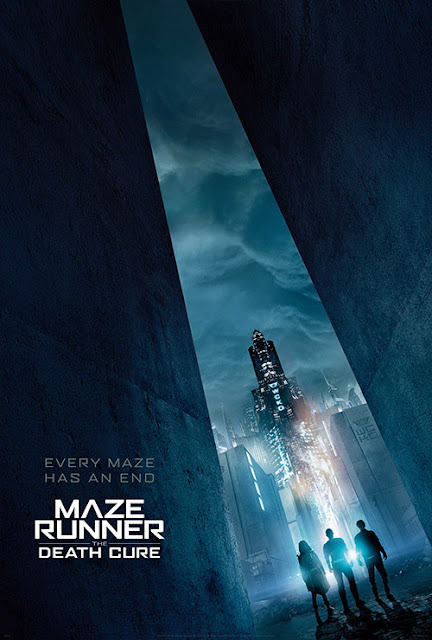 “Maze Runner: The Death Cure” runs in cinemas on January 24 nationwide (also available in IMAX screens) from 20th Century Fox to be distributed by Warner