Paramount Pictures has revealed the first-look image of the action-adventure Bumblebee, the first spinoff of the Transformers franchise. The film is directed by Travis Knight and stars Hailee Steinfeld.

Check out the photo below and watch Bumblebee in Philippine cinemas soon. 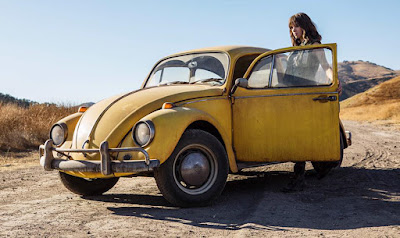 On the run in the year 1987, Bumblebee finds refuge in a junkyard in a small Californian beach town. Charlie (Hailee Steinfeld), on the cusp of turning 18 and trying to find her place in the world, discovers Bumblebee, battle-scarred and broken. When Charlie revives him, she quickly learns this is no ordinary, yellow VW bug.

Bumblebee is distributed by United International Pictures through Columbia Pictures.