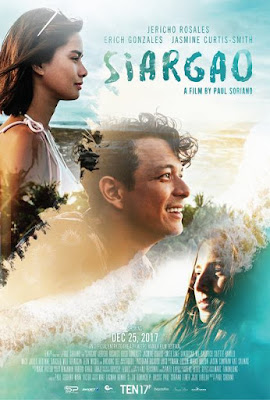 
Diego (Jericho Rosales) is a member of a popular band in Manila, who chose to return home to Siargao after a nasty conflict with his band mate during a live session. Laura (Erich Gonzalez) is a vlogger who wants to travel alone and find a peace of mind after she made an emotional decision with her long and fruitful relationship. These two meet on the plane on the way to Siargao and eventually became friends. As they started to open up with each other, Laura began to realize what she really wants to do while Diego tries to win back his long lost-love Abi (Jasmine Curtis-Smith). 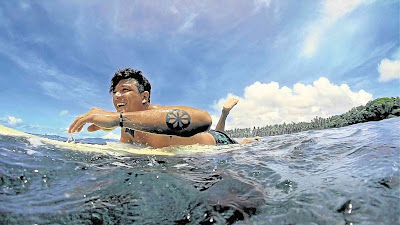 Siargao is simply a breathtaking place and after watching the film; I would definitely put this place to my travel bucket list for this year. Director Paul Soriano managed to highlight the beauty of the island from remarkable aerial shots up to the breezy waves of the clear sea. He also made a simple story engaging throughout and make his cast appealing by all means. Some might say that the film lacks depth, and the characters are thinly written. They might have some valid points on that, but it doesn't take away the fact that the film is a beauty from start to finish. 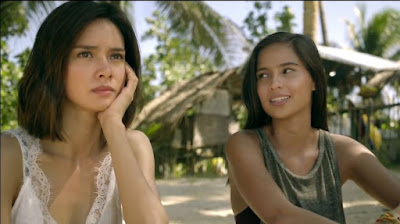 The film got a huge lift with the help of its outstanding cast. Jericho Rosales delivers a smooth and steady performance. He compliments and shared an appealing chemistry with Erich Gonzales and Jasmin Curtis-Smith. He proves that he is still one of the best leading men in this business. I really didn't expect to like Erich Gonzales in this film a lot. She acted so natural, and you can feel her lines genuinely even her reason to get in that problem isn't that big. She is also stunningly hot in all angles. On the other hand, Jasmine Curtis-Smith doesn't have many lines to spill, but you can feel all the pain she carries with the simple look at her face. 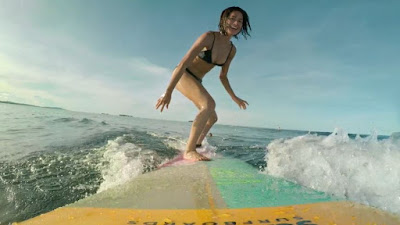 Overall, Siargao is a one of the best entry in this year's film festival. I felt that I've already visited the place and ride the waves just by watching the film. I love the cast and enjoyed the simplicity of its story.