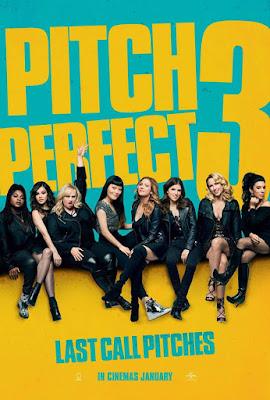 
After college, each of the Bellas find themselves struggling to a new life without each other's back. However, a reunion brings them back together where the Bellas decided to go for a final run and end their music career on a high note. So for their last hurrah, they hop on and got a spot in a USO tour to entertain the American troops where they have to compete for a spot in DJ Khaled's opening at the end of the tour.

Many are pin pointing Pitch Perfect 3 as a cash grab as this last film for this franchise is just too shallow for its own good. Yes, the film is basically the same thing - singing, competing and a lot more of Rebel Wilson's Fat Amy. However, it doesn't mean that this final installment isn't hitting the same kind of entertainment like its predecessors. If you're a fan of the Bellas and their songs; Pitch Perfect 3 is just simply right on cue in delivering a lot of new aca-awesome mash-ups that will surely bring your ears clapping the whole duration of the film. There are a lot of jokes and some stunning revelations that will shock the solid fans of this franchise. 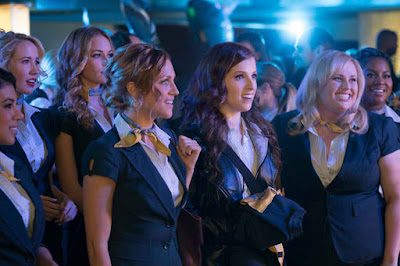 This is the last entry for the Bellas and quite frankly, it is hard to pull of another story line for them and for that there are unnecessary subplots thrown in to make the film longer. But it doesn't necessarily mean that it affected the film as a whole. The added extra scenes were just simply enjoyable considering it is the highlight for Fat Amy. 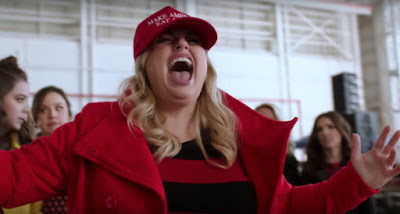 The casts were terrific as always. Anna Kendrick continues to impress and looks like a Disney princess singing on the big screen. Rebel Wilson provided the spark in comedy and does what she does best by pulling off the crazy lines and gimmicks. Hailee Steinfeld, Brittany Snow and Anna Camp handled their roles pretty well while the other Bellas brings an energetic boost to the group to spark the entire thing up.  We also love the other bands in the competition who provided something new to the picture that the Bellas haven't faced before. 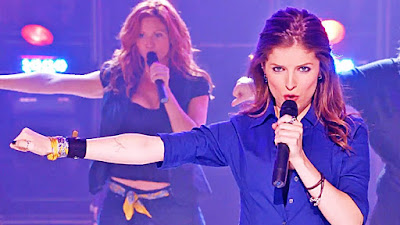 Overall, Pitch Perfect 3 is the proper send-off package for the Bellas to go out in a bang, but I wouldn't be surprised if another sequel comes up in the future. The story might be paper thin, but the entertainment factor is sacked filled for your own pleasure.