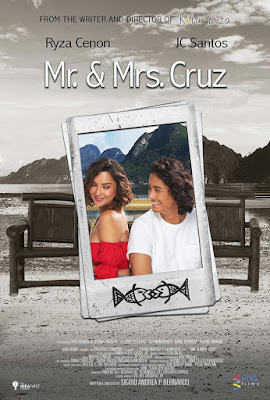 Raffy and Gela (JC Santos and Ryza Cenon) first met at the airport as two both booked for an El Nido tour to have some alone time. They don't know each other but people mistakenly thought that they were married since they have the same surname. They also share the same problem as they are both coming from failed relationship. Will their unexpectedly meet-up help them to overcome their past and finally start a new beginning? 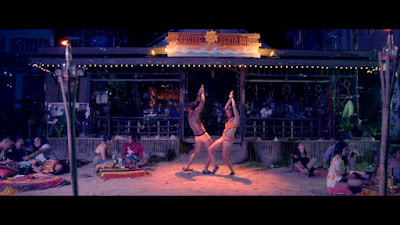 The film is an extraordinary rom-com designed with a different structure to bring in a fresh new flavor to the big screen. Director Sigrid Andrea Bernardo once again creates a masterpiece and reanimate the viewers to experience something new from what we usually get from this kind of genre. It separates itself from the others by avoiding to be formulaic and manage to stand out on its own. I also love how Ms. Bernardo exploited the raw talent out of his charming leads.

Mr. and Mrs. Cruz run in a slow pace and are mostly stretched with dialogues from the leads. This might be a problem for others as it is quite easy for people to get bored with this kind of setup. However, with a material and content that rich in context used in the entire film - it is easy to appreciate everything in one piece. It also has that breaks of humor to lighten everything up especially that one scene which made us laugh hard. 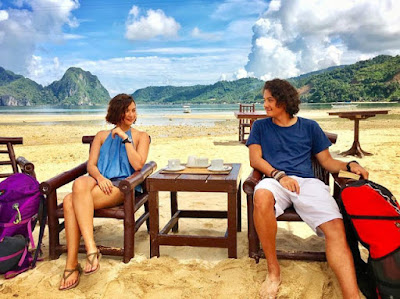 The film wouldn't work if your cast isn't committed to the idea of the whole premise. It is a good thing that they got two great stars who skillfully lend their talents and made it a picture to remember. We already saw JC Santos showcased his ability in acting in "100 Tula Para Kay Stella." Once again, he proves that he can run his own show and be one of the best leading men in this generation. Finally, my wish came true for Ryza Cenon as she deserves to have that spotlight. She always had the potential but can't seem to land a big role after "Ang Manananggal sa Unit 23B."  Here she shows how good she can be with her outstanding portrayal of Gela. The two shared a great on-screen chemistry, and both provided a stellar performance. I admire how they deliver their lines and generate it to an enjoyable conversation.

Overall, Mr. and Mrs. Cruz is a beautifully crafted film carried by remarkable natural performances from its appealing leads. It cheerfully overcomes those slip-ups and generates an endearing story to treasure.