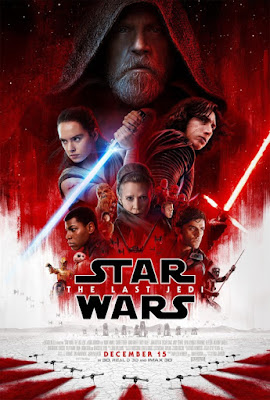 The story picks up after The Force Awakens where our new sets of heroes are still fighting the First Order led by the Supreme Leader (Andy Serkis), General Hux (Domhnall Gleeson) and Han Solo's son Kylo Ren (Adam Driver). However, with their numbers dwindling down the Resistance is hoping to bring back Luke Skywalker (Mark Hamill) with the help of Rey (Daisy Ridley).

We had a chance to watch Star Wars: The Last Jedi from the advance screening happened last night at SM Aura IMAX cinema. We are late, so we didn't get the best seats on the house, for that we really had a hard time wearing those 3D glasses so our tip is to get the best seats when you purchase your tickets.

After two years of waiting, the sequel to The Force Awakens landed in our cinemas. I am not a big fan but surely The Star Wars Saga is simply a remarkable series but for me, who started a bit late, I've loved the newer chapters which include last year's Rogue One.

The Last Jedi has a ton of surprises for fans and exhilarating scenes all throughout the film. Director Rian Johnson made sure to compress all the elements of the previous installments and add his magical touch to make the film splendid in all means. He allows the film to ride on a steady pace while giving in some touches of humor to lighten up the mood a bit. He also made sure to use all his precious characters will grow in their separate story lines, which are all woven in the end to provide a grandiose finale. 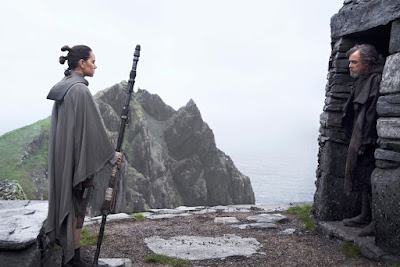 Being a Star Wars film, it should include exciting revelations, shocking twists and moving moments to complete your cinematic experience, and The Last Jedi has plenty of everything for everyone. It also has a lot of stunningly great sets of action sequences that are simply an eye candy that lights up the screen.

Daisy Ridley continues to impress same with Adam Driver who already embraced his role as Kylo Ren. Mark Hamill brings the nostalgic feeling with his presence together with Carrie Fisher who will be surely missed. Other casts like John Boyega, Domhnall Gleeson, and Oscar Issac surely made their presence felt with their outstanding performances. We also want to highlight the new crowd favorite BB-8 who always steal the spotlight whenever he is on the screen. 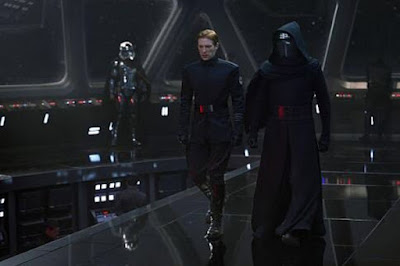 Overall, Star Wars: The Last Jedi is destined to be one of the best entries for this franchise. It is an extravagant space adventure that holds a rich plot and jaw-dropping moments. Magnificently great and breathtaking until the last minute; The Last Jedi is arguably the best Star Wars Film up to date.