Meet “FERDINAND”: The Inspiring Bull That Isn't a Bully

Wrestling superstar John Cena lends voice to the gentlest bull that will soon capture everyone’s hearts on January 8 in “Ferdinand” – a giant bull who prefers flowers to fighting.

Today’s generation can enjoy the delightful CG-animated film based on the 1936 book “The Story of Ferdinand” by author Munro Leaf and illustrator Robert Lawson, a warm and charming take on how appearances can be deceptive (or, why you should never judge a bull by its cover…) the book’s message of love and acceptance has resonated for decades.

Directed by Academy Award nominee Carlos Saldanha, creator and director of the Rio series and director of many of the Ice Age movies, “Ferdinand” centers on the adventures of a peace-loving bull (voiced by John Cena), who is adopted by a loving farmer and daughter. However, his idyllic life changes after he’s mistaken for a vicious beast and is taken away to the last place on earth he wants to be, a bull training camp. But Ferdinand is determined to get back home. Along the way, the kind-hearted bull makes many friends and changes the lives of those he meets. But there still one great obstacle he’ll have to overcome… in the film’s thrilling climactic scene, Ferdinand has to face the matador El Primero in a packed arena, but he valiantly stays true to his peaceful nature, and inspires all those around him.

Casting the right actors and actresses to voice the wide variety of memorable characters of the movie was one of the most important steps in realizing the director’s and producers’ vision. Thanks to the efforts of veteran casting director Christian Kaplan, who has been responsible for finding the voices for many of the Fox/Blue Sky Studios features for the past 14 years, “Ferdinand” features an eclectic voice cast that includes John Cena (Ferdinand), Kate McKinnon (Lupe), David Tennant (Angus), Gina Rodriguez (Una), Peyton Manning (Guapo), Bobby Cannavale (Valiente), Anthony Anderson (Bones), Jerrod Carmichael (Paco), Flula Borg (Hans), Daveed Diggs (Dos), Raúl Esparza (Moreno), Sally Phillips (Greta), Boris Kodjoe (Klaus) and Gabriel Iglesias (Cuatro).

Adds Saldanha: “For this movie, we were delighted to have John Cena as our main character. We wanted the voice to reflect someone who was strong and gentle at the same time. He looks tough on the outside, but has a big heart inside – a true gentle giant. He really grounded the character with his own persona, you can’t help fall in love with the unique way he brings Ferdinand to life.” 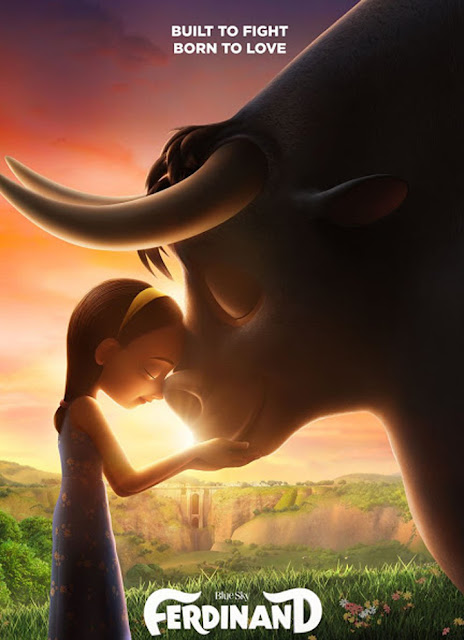