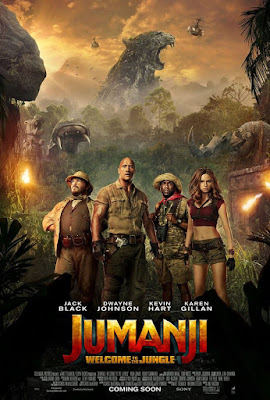 
When four high-school kids were thrown into detention, they discover an old video console with a "Jumanji" game cartridge in it. To dust off some boredom, they played the game and each chose a character to play. However, the game sucked them inside the virtual world, and they became the avatar they chose. Spencer (Alex Wolff) became hulking Dr. Smolder Bravestone (Dwayne Johnson), Football jock Fridge (Ser'Darius Blain) turned out to be zoologist Moose Finbar (Kevin Hart), popular selfie obsessed girl, Bethany (Madison Iseman) becomes a middle age cartographer Shelly Oberon (Jack Black) while loner Martha (Morgan Turner) becomes a hot female destroying chick with Ruby Roundhouse (Karen Gillan). Together they must find a way to finish the game and return to the real world.

I was a kid when the first film came out and a lot may agree that it was a classic movie that became a part of our childhood. When the news broke that a reboot is coming, a lot of fans quickly reacted that this shouldn't happen because it might just destroy the whole idea in which late Robin Williams have starred in. People quickly judged the film without even seeing the trailer itself.

However, it turns out that Jumanji: Welcome to the Jungle is an enjoyable and upgraded entry which stayed through the same formula that made its predecessor successful. We are just treated into a better version of the game in which the board game is turned into a console, and the players are turned into the characters they chose.

It is a good thing that the film rode on a fast-paced setting and smoothly glides into a clever script. The jokes are scattered everywhere and consistently brought a ton of great laughs throughout. I can't help myself but to burst into laughter whenever Kevin Hart and Jack Black spill their comic touches. 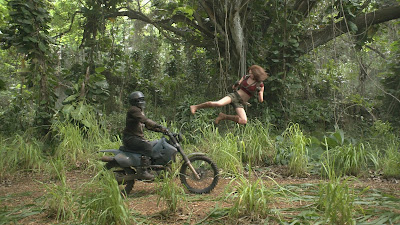 I love the whole cast and the idea on how they commit with their respective characters. Many people will say that a film could never go wrong if Dwayne Johnson is in the picture. Simply because he has that charm to do any role and make the film interesting as possible. I liked how "The Rock" became Dr. Smolder Bravestone as he was definitely on cue in every scene. He portrays his role convincingly and made his character easy to love. Kevin Hart was outstanding by all means. He delivered most of the comedy in the way he is best in. Jack Black, on the other hand, was the scene stealer for this group. The audience already know that something will turn out funny every time Jack Black rolls on and spill his lines. Karen Gillan and Nick Jonas were also great in their roles and absolutely adds flavor into the already seasoned talented cast. 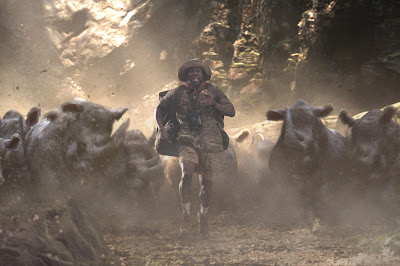 Overall, Jumanji: Welcome to the Jungle is a great film to start next year with a bang. Highlighted by an energetic and charming cast, this sequel gives an all out respect to the original material while giving a unique twist of its own. We really enjoyed it and if you love the first Jumanji, there is no reason for you to miss this one.