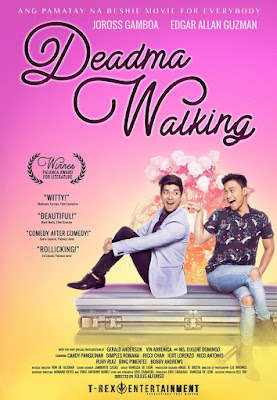 Deadma Walking is about the story of two best friends, John and Mark (Joross Gamboa and Edgar Allan Guzman) who swore that they will have each other's back in life or death. However, their friendship is put onto an ultimate test when John is diagnosed with cancer. But before death catches him, John wants to stage his own death, so he can experience his own funeral and with the help of his best friend Mark, the two try to make a funeral to remember.

Since the trailers have been released online, Deadma Walking spread like wildfire through social media and has been one of the most talked entries for this year's film festival. Luckily for us, we are able to attend not only the press conference but also the celebrity premiere of the film last night ahead of everyone else. 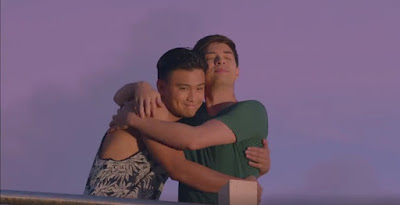 The script written by Eric Cabahug was exceptionally good by all means. It tackles about the real meaning of friendship and how death could make them even closer. Deadma Walking has a very interesting premise and original story that will make you laugh and could even melt your hearts out. It has the intention to reach out to its audience and teach them how to value not only their friends but everyone who matters in their lives. And in that department alone the film succeeds not only by sending the message but also giving the viewers a colorful cinematic experience to remember. 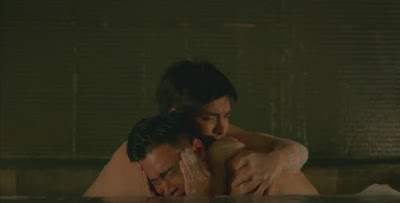 As what they said in the press conference; the film can be played by two straight guys or even two girls, but they opted to pick two gays for the lead characters. This allows the film to inject more wit and play more with lines. However, this film wouldn't have turned out like this without the two lead actors.

We know that Joross Gamboa and Edgar Allan Guzman have played numerous gay roles not only in films but also in different series throughout their career. This has made their roles easy for them and their act became so natural. It is also not hard for them to sell that they are best friends as the two are really close to each other off cam. 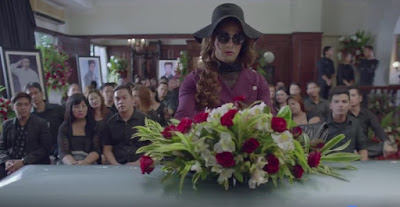 Joross Gamboa was terrific as John, he handled his role really well and his act came out spontaneously. On the other hand, Edgar Allan Guzman shows his mastery in this kind of role as he came out pretty amazing playing Mark. He just simply infused his character with a lot of fun and energy to spark everything out. Their chemistry is also a big plus as they compliment each other in every scene. The two simply shared the same spotlight, and I wouldn't be surprised if it's a tie for the two  for the Best Actor Award for their roles. Amazingly, the film is also filled with incredible supporting actors and a ton of cameo roles, which includes Sue Ramirez, Princess Velasco and even Piolo Pascual. 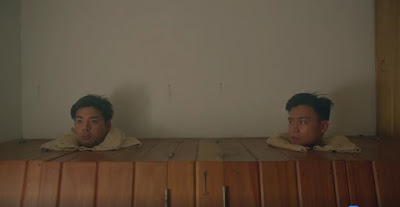 First-time director Julius Alfonso takes on the challenge and brings out the best out of his talented stars. He made sure that the film would turn out in the most entertaining way possible and could reach out the viewers with a masterpiece.

The cinematography was lovely, and the pacing was quick enough and sustains its momentum until the end part. It was great from start to finish, but I couldn't help myself for wanting more. There are a lot more ideas floating in this rich script. Yes, there were predictable scenes but there are also surprising moments throughout but the end part was a bit raw and should have that one last kick to give the feels.

Overall, Deadma Walking is a solid addition to this year's film festival. It has a clever script and incredible actors who can go all out to make everything fun and enjoyable. It nails the right amount of everything to keep the film stand out on its own.