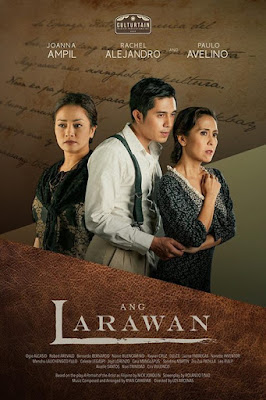 Ang Larawan, is an onscreen adaptation of Nick Joaquin's "A Portrait of the Artist as a Filipino" which has an ensemble of talented actors and actresses led by a dedicated Joana Ampil who also brought home the Best Actress award from the recent MMFF 2017: Gabi ng Parangal. Director Loy Arcenas came in prepared and delivered a masterful direction to bring life to the classic play. 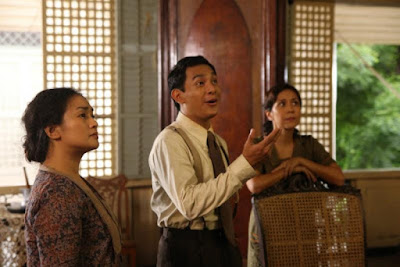 You can't simply take away that the film is beautiful by all means and a lot are raving and giving it high praises. It is a rare film that features a refreshing piece to our cinema especially to those who want to experience something new and different from the servings we get each week in our theaters. The cinematography was excellent, and the musical score by Mr. Ryan Cayabyab was just on cue and made you feel that the entire film was live throughout. 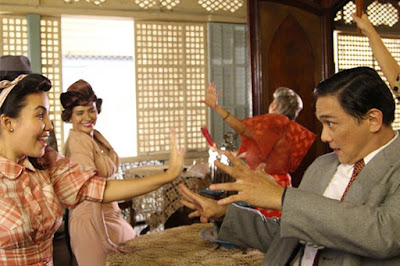 The casts were tremendous from start to finish. In the press conference of the film, they highlighted to the media that there are no small roles in the film. True to that as each cast made their presence felt and had their own time to shine and made their lines memorable to many. Joanna Ampil was just a force to wreck with as she made Candida sink to her viewers. There is no argument needed on why she won that Best Actress Award. Rachel Alejandro was also great playing as Paula. It was exciting to see her again on the big screen delivering those hard and heavy lines. Supporting cast members were just excellent with the likes of Sandino Martin, Paulo Avelino, Nonie Buencamino and Menchu Lauchengco-Yulo who were a rich addition to a star-studded and talented affair.

Although, Ang Larawan will be a tough sell this Holiday Season as not a lot of people are into musical film, especially to the young kids in this generation. It will be hard for them to keep up with the big films in this festival, but surely they already sent out the message that they are the dark horse by winning a lot of awards, including the Best Picture Award.

Overall, Ang Larawan isn't the type of film that I've enjoyed a lot but the film deserves to be seen and needs to be appreciated in every aspect.