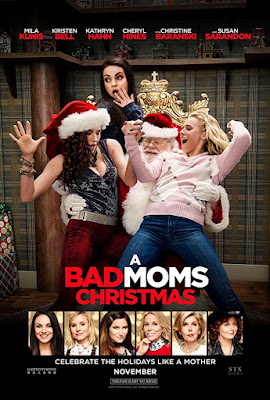 Amy, Kiki and Carla (Mila Kunis, Kristen Bell, and Kathryn Hahn) are busy preparing for Christmas but still having a difficult time stretching their schedules through the busy holidays. To make things worse is that their moms Ryuth, Sandy and Isis (Christine Baranski, Cheryl Hines and Susan Sarandon) are coming home for a visit to spend the holidays with their families. Soon, the three try to plan a way to take back Christmas in their own way before their moms get into their way. 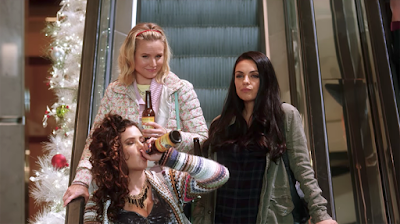 It's not a surprise for me when a sequel got a green light after a successful surprise hit for Bad Moms last year.  I love to see these three actress bang it out for another dose of wacky comedy like what they did on the first film. However, this time they added three more moms and try to double the fun. 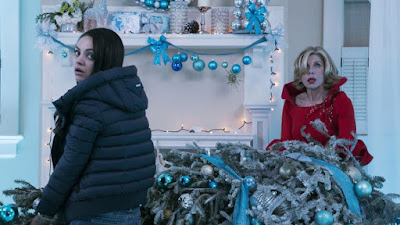 The film got a low grade from the critics who had me a bit confused since we love the film after seeing it last night at the advance screening. It was hilarious at times and the energetic cast just sparked their one-liner and basically nailed the comedy. I love how they delivered their naughty lines neatly as they gave the viewers a stress-free film where you just need to sit back relax and laugh. 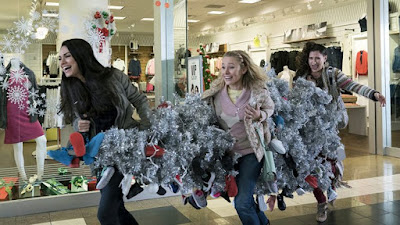 Out of the three main stays, Kathryn Hahn once again shows that she is on the tip of the iceberg with her overall performance. Mila Kunis and Kristen Bell aren't far behind as the two retained the way they handled their roles from the previous film. However, the spotlight belongs to Christine Baranski this time around. She just completely walks this through and delivers a witty and enjoyable performance. Cheryl Hines and Susan Sarandon also provided a boost and added more laughs throughout.

Overall, A Bad Moms Christmas is still a raunchy comedy sequel. It may not top the efforts of its predecessor but still found ways how to deliver everything in the most entertaining way possible.