In producing the movie, “Loving Vincent”, every one of the 65,00 frames of the film is an oil-painting hand-painted by 123 professional oil painters who travelled from all across the world to the Loving Vincent Studios in Poland and Greece to be part of the production. As remarkable as Vincent van Gogh’s brilliant paintings, is his passionate and ill-fated life, and mysterious death.

No other artist has attracted more legends than Vincent van Gogh. Variously labeled a martyr, a lustful satyr, a madman, a genius and a lay about, the real Vincent is at once revealed in his letters, and obscured by myth and time. Van Gogh himself said in his last letters, “We cannot speak other than by our paintings”. We take him at his word and let the paintings tell the real story of a great visual artist.

”Loving Vincent” was first shot as a live action film with actors, and then hand-painted over frame-by-frame in oils. The final effect is an interaction of the performance of the actors playing the artist’s famous portraits, and the performance of the painting animators, bringing these characters into the medium of paint. The film stars famous faces to match the paintings they portray. 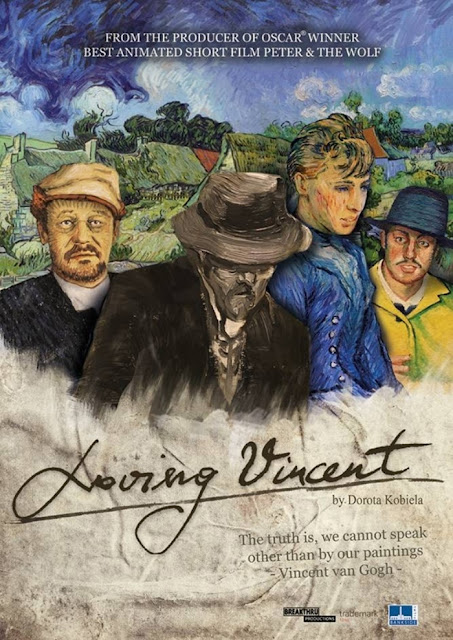 Already, “Loving Vincent” has garnered a Audience Award in the recently concluded Annecy Animation Festival, and is a shoe-in to the forthcoming Oscar Awards in the Best Animation Feature Category. The movie is showing on the 1st of November, 2017 nationwide and exclusively distributed by Solar Pictures.