“THE STAR” -- The First Christmas Through the Eyes of Manger Animals 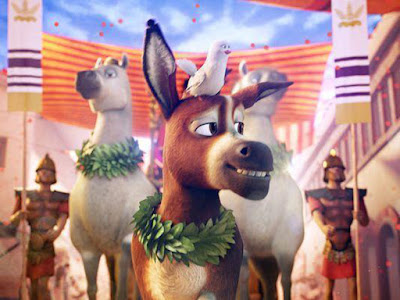 How do you tell one of the most famous stories ever recorded and bring it to the screen in a fresh, new way? This was the challenge facing the filmmakers behind The Star, Affirm Films and Sony Pictures Animation’s family film about the events leading up to the very first Christmas.

(Check out new footage from The Star below and watch the film in Philippine cinemas December 6.)


“It’s the Nativity story from the point of view of the animals, and in this film, we follow Bo, who is the donkey that carries Mary and Joseph to Bethlehem,” explains director Timothy Reckart.
“We looked at it as the greatest story never told,” kids executive producer DeVon Franklin. Having previously produced the faith-based hit Miracles from Heaven and overseen the blockbuster Heaven Is for Real as an executive at Columbia Pictures, Franklin was inspired to translate the meaning of the story beyond the literal telling into a journey about the choices we all make in our daily lives that have an impact and, eventually, fit into the framework of the human story at the heart of it all. “It says a lot about teamwork, stepping outside of their own somewhat narrow perspectives and working together. Our hero, Bo the donkey, needs all of the other animals to help to become successful. It’s also about hope—you’ve got to believe in the impossible for it to happen.”

“It’s about how something that seems small can be bigger than it looks on the outside. Bo has been looking to do something important, and he starts seeking that in a self-aggrandizing way,” says Reckart. “Along the journey, by doing a small thing – helping these two people, which, for all he knows, are just some random couple – he winds up doing the most important thing he could ever achieve. Greatness comes in the most humble appearance, which is the message of the Christmas story itself.”
It was the world’s familiarity with the story that excited the director. “Most people have some knowledge of it, and that presents a wonderful opportunity,” says Reckart. “Of course, the challenge is that people may feel that they know the story, they’ve seen it. But we can make the most of it by letting some of those elements take place off-screen, and look at what might have been going on in the background, or ask questions like ‘What were the camels doing at that moment?’ That awareness of the story allows us to veer off into the corners and shine a light on other things going on and tell new stories in the midst of the familiar.”

“We found opportunities for fun and invention,” says Franklin. “Audiences aren’t coming for the documentary or the historical exposition – they’re coming for enjoyment and creativity. I think we found ways to present Mary and Joseph as recognizable characters who laugh, who are afraid, who find themselves at the center of this amazing story and display their humanity throughout it all.” 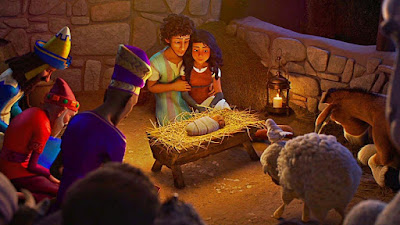 In Sony Pictures Animation's The Star, a small but brave donkey named Bo yearns for a life beyond his daily grind at the village mill. One day he finds the courage to break free, and finally goes on the adventure of his dreams. On his journey, he teams up with Ruth, a loveable sheep who has lost her flock and Dave, a dove with lofty aspirations. Along with three wisecracking camels and some eccentric stable animals, Bo and his new friends follow the Star and become unlikely heroes in the greatest story ever told – the first Christmas. 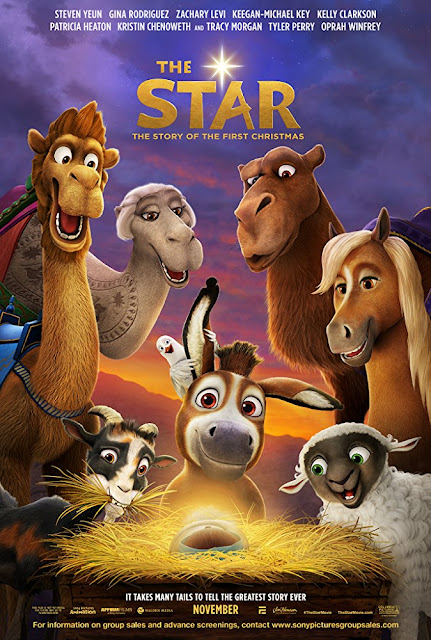