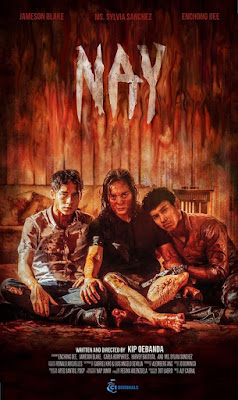 
Martin (Enchong Dee) grew up under the care of her Nay Luisa (Sylvia Sanchez) since his parents left for abroad. He treated her as his own mother until he reached his adulthood. However, when Martin is struck by pancreatic cancer, his whole world crumbles down as the doctor gave him a six-month maximum to live.  After dealing with pain and agony for the past few days, Martin felt good instantly but soon discovers a dark secret that would change his life forever. 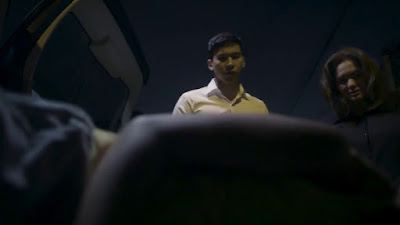 "Nay" evidently is one of the highlights in this year's festival. It features a very intriguing poster with talented leads and an interesting trailer. It is a different kind of horror where in the tension is built around the character of Sylvia Sanchez, who answered by giving a tremendous performance. She is just  startling right from the very beginning as her eyes already tells everything.

The film has a dark, bloody and brutal theme, which will make some audience cringe. Some of the scenes were a bit too much, but they handled it neatly and intact. Some of the special effects were decently made and that final gory act was simply outstanding. The pace was just a bit slow but can't complain since Director Kip Oebanda wants to build the tension before he brings the house down. 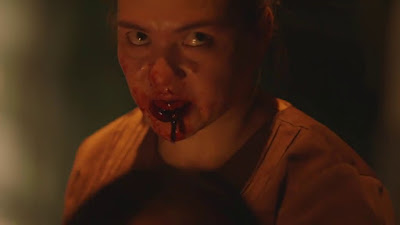 Sylvia Sanchez took most of the spotlight, but it doesn't mean that Enchong Dee didn't rise to the occasion. He was on cue and gave up a strong and remarkable portrayal for his character. He was believable throughout and kept pace with Sylvia's powerful act. Jameson Blake also did his share and was compelling enough and provided some good stuff along the way.

Overall, Nay is a scintillating horror picture. It is a different take for the "Aswang" themed flick as it has a lot of surprises in store for its audience.