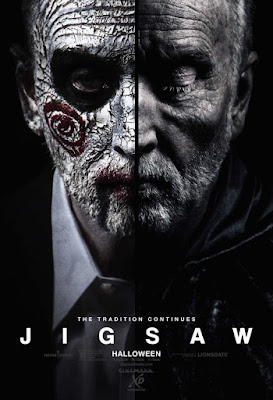 Ten years after the death of John Kramer (Tobin Bell),  a new batch of victims surfaced together with different notes saying that Jigsaw is alive and is back for more. However, it is hard to believe that he cheated death but with the same traps and style this leads to one question. Is John Kramer back from the dead? 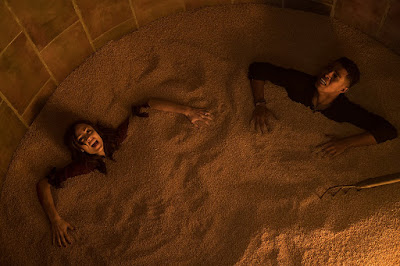 This is the eight film in this gory but entertaining franchise and after a disappointing last chapter in 2010, John Kramer is back for business in "Jigsaw." The Saw franchise has always been known for the brutal games with different traps plus the twists that will rock the story in the end. Jigsaw continues everything and kept the same formula as it all has the key elements which made this horror saga successful. 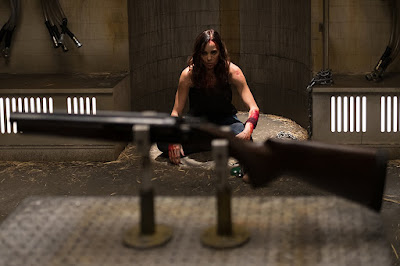 It has another set of sick traps and new victims to play the game arranged to entertain the fans of this series. The only problem is there are a lot of cuts in its theatrical release that really annoyed me since I love the brutal scenes popularized by this franchise. For the story, it's pretty simple and easy to follow compared to the past films. I also liked the twists as it was pretty neat and doesn't complicate the entire thing.

Tobin Bell is back reprising his role as John Kramer. He continues to be the face of the Saw franchise as he knows how to sell everything in place. Aside from Bell, only Laura Vandervoort and Matt Passmore stood out. They both did a tremendous effort portraying their roles and extend the support needed by John Kramer. 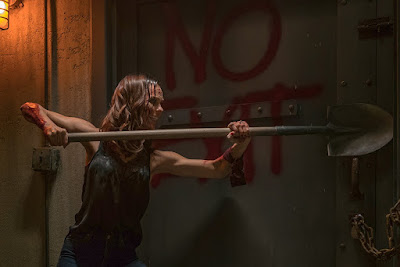 Overall, Jigsaw is one of the decent entries for this franchise and if not for the cut; I would have enjoyed the film even more. It is nice to see the tradition back on the big screen, and hopefully it's not the last one.