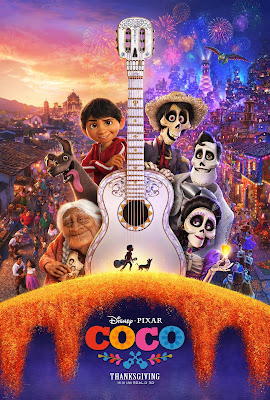 Miguel (Anthony Gonzalez) is young boy who loves music and all of his inspirations came from his idol, the late great singer Ernesto Dela Cruz (Benjamin Bratt). However, his family banned music since his late great-grand father left his wife and daughter to become a popular musician. They all think that music is a curse, but it didn't stop Miguel from fulfilling his dreams. On the day of Día de los Muertos, Miguel finds himself lost at Land of the dead together with his ancestors and soon must learn on how he can go back to the land of the living.

When the first trailer came out, I was quite unsure on why Disney and Pixar decided to release another animated film about Día de los Muertos. Fox already released "The Book of Life" in 2014, and I basically thought that this will become a rip-off. However, after watching Coco's advance screening last night; I was completely shocked at the result as the film offered a different take to the material. It was simply spectacular as Coco has a lot of different angles, lively music, and colorful visuals to back the film up. 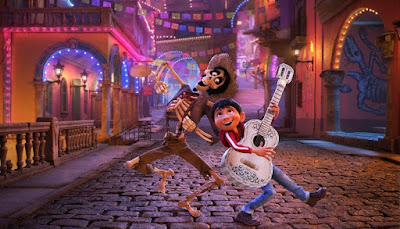 I also love the heart-wrenching and unexpected twist that will definitely touch the hearts of its viewers. I heard a lot of sniffing and crying at our back last night because of the touching scenes. Disney and Pixar are known from making these kinds of scenes as they always find a way on how to give their audience a complete cinematic experience while watching an animated film. 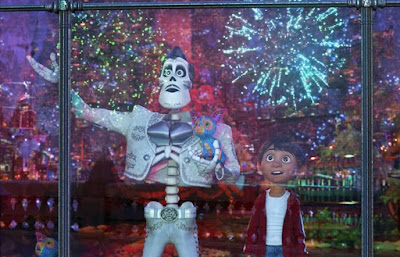 The designs were completely detailed and while it still has the resemblance to the setting of  Book of Life, Coco stood out to be a much fun entry. The music was perfectly blended into the picture, and even we didn't like Inigo Pascual's version that much "Remember Me" was indeed the best theme song for this film.  It was simply an eye and ear candy throughout. The humor was in there blasted by the vibrant characters that was remarkably voiced by talented stars.

Overall, Coco is the best animated film released so far this year. Disney and Pixar yet came up with another inventive tale that will touch the hearts of many. It is an instant classic and a remarkable piece of entertainment that you shouldn't miss on the big screen.

Lakwastera Lovers rates it 10 out of 10 stars