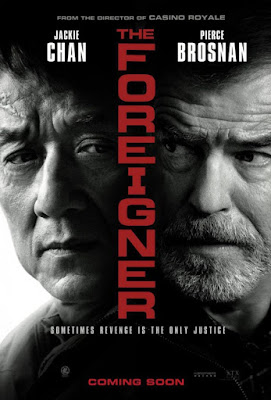 
Quan Ngoc Minh (Jackie Chan) is a Chinese immigrant living in London, who accompanies his daughter to a shop sale beside a bank. However, a group of Irish Republican Army (IRA) bombs the bank besides the store leaving a dozen of casualties, including Quan's daughter who was killed in the blast. Meanwhile, Liam Hennessy (Pierce Brosnan) is the IRA representative of the British government - and with his background and intelligence Quan thinks that he is the key to plot his revenge against the bombers. This starts a tactical battle between the two man who has the same goal with different motives. 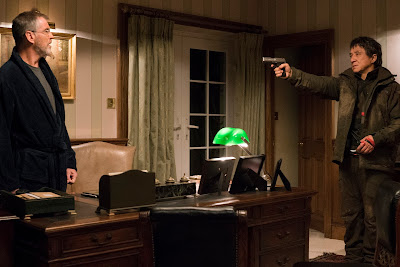 The Foreigner is an action-drama film that introduces us to a very different Jackie Chan. We often see Chan playing a high-spirited character who makes fun with his trademark moves and lighting up the screen with his comedy antics. Here, his character needs to descend into a dark tone which he eventually nails even if its pretty awkward not to see him smile and despite his age, Chan can still sell his impressive moves. We are not comfortable seeing him with this kind of role, but he sells his character as we feel all his emotional distress. 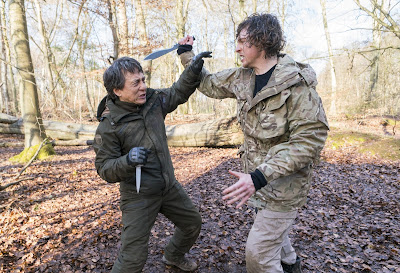 The film is pretty serious at all times and with its violent content, some of the scenes are difficult to digest including one of the bomb scenes where an entire family is included in the blast. Director Martin Campbell keeps the film at pace and came up with creative action-packed sequences and effectively uses his lead stars to take on the challenge. However, he isn't afraid in bringing in a darker picture filled with drama. Luckily, his actors responded well, and made sure that they bring out the best out of each other. 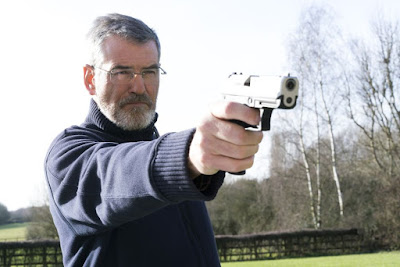 The political angle is quite tricky, especially if you don't know anything about the history of IRA. It has that times where we need to pull out our phones and search in google for some answers. It is hard to convey two stories, but even it is messy at times they still managed to pull it through.

Overall, The Foreigner is an average and enjoyable revenge thriller. It is a different Jackie Chan flick but same as before it an entertaining feature from the master himself.