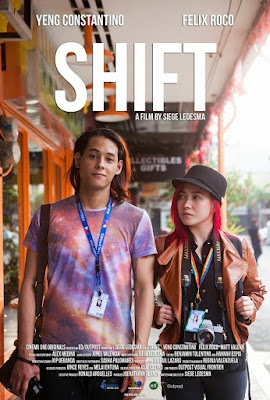 Estela (Yeng Constantino) is a call-center agent who really wants to have a new direction in her life. She is already tired working in a BPO industry until he befriended her gay co-worker Trevor (Felix Roco). The two instantly had a connection between them but Estela secretly falls in love with him. Will their friendship blossom into a relationship that could actually change their lives?

Cinelokal offers a second chance to catch a great indie film you've missed, or you want to re-watch every week for a very low price. For this week, they are offering Siege Ledesma's Shift starring Yeng Constantino and Felix Rocco. This film reminds me a little about Sleepless directed by Prime Cruz. It is another story that revolves around call center agents but this time it has a different vibe but has the same satisfying result as a whole.

Ledesma offers a sweet and simple story that is fascinating to watch as it like a decade-old wine with the taste getting better as you continue to sip until the last drop. The cinematography is captivating, and the musical score is a perfect match to complement the entire thing. I love the fact that the film is pretty straightforward and doesn't need to complicate things or fall into the mainstream formula. However, the film could have offered more if it clocked a little longer. 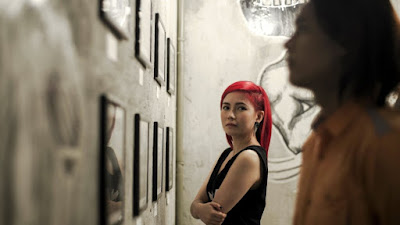 I was impressed with Yeng Constantino because she could really act well. It is her first acting role in a full-length film, and she connected easily to the audience playing Estella. I think Yeng could easily adapt playing more roles in the future, and I hope that we could see here doing more films. Felix Roco also did a remarkable job playing a gay role. He and Yeng had a pleasant on screen chemistry together as both are enjoyable to watch. 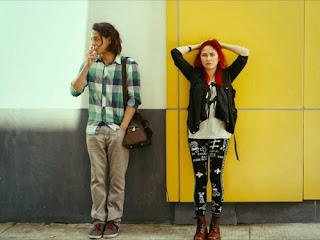 Overall, Shift is a well-crafted film that really easy to admire and fall into it. Yeng and Felix made their presence felt, and both preformed solidly throughout. Catch it while it is still in selected Sm Cinema theaters before it shifts to "Riding in Tandem" this Friday.