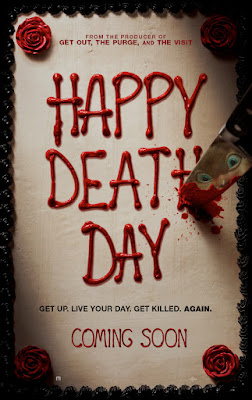 
Tree (Jessica Roth) wakes up with a hangover on a guys' bedroom early in the morning of her birthday. She immediately gets dressed, went back to her sorority house and prepares for his class. Her sorority sisters invite her to a party later that evening but find herself being hunted down by a masked murderer. Tree dies but after being stabbed to death, her alarm goes off and the day starts over again. Soon, Tree learns that she needs to keep on dying to find out the identity of her killer. 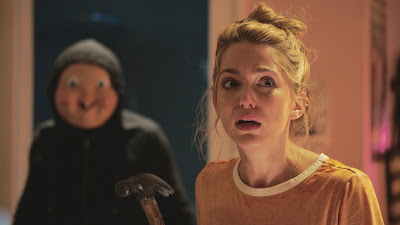 We've all seen this formula before from the original concept of Groundhog Day to the epic sci-fi Edge of Tomorrow and the recent released flicks like Naked and Before I Fall. All of them share the same structure, and all of them succeeded in bringing in the entertainment factor. Happy Death Day combines the same formula to a slasher flick genre. People may say that its quite redundant to see another film like this, but I think they came up with an enjoyable piece and offer something fresh to this genre. 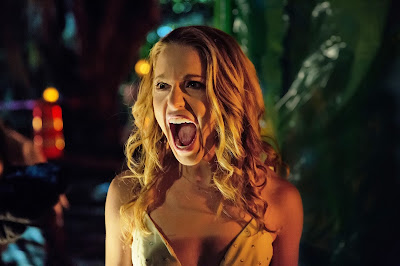 One of the film's biggest asset is Jessica Roth, who gave out a strong and reliable central performance. She is fun to watch where she plays her character really well injecting some adrenaline boost  and sustained it the entire film. The movie also patched up a lot of creative ideas on the dying scenes and even its quite predictable at times, it doesn't take away the excitement in it. 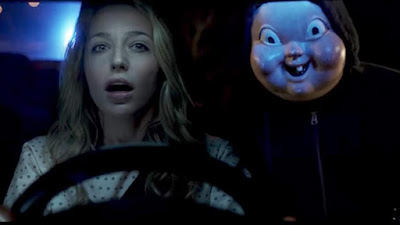 Overall, Happy Death Day is well-constructed with likable characters and innovative twist to support the whole thing up. It is a fun and creative way to bring back a decent slasher flick we've been missing for the longest time.