The Day Ends Only When You Die in “HAPPY DEATH DAY”

Blumhouse (Split, Get Out, Whiplash) produces an original and inventive rewinding thriller in Universal Pictures' Happy Death Day, in which college student Tree Gelbman (Jessica Rothe, La La Land) relives the day of her murder with both its unexceptional details and terrifying end until she discovers her killer’s identity.

(Check out the film's new spot below and watch Happy Death Day in Philippine cinemas October 18.)


Tree is a blissfully self-centered co-ed whose world revolves around just one person. When she hazily wakes up on the morning of her birthday in the bed of supposed one-night stand Carter (Israel Broussard, The Bling Ring), she soon discovers that today is anything but ordinary.
Stumbling back to her sorority—and into the expected judgment of roommate Lori (Ruby Modine, (TV’s Shameless) and house president Danielle (newcomer Rachel Matthews)—Tree rushes through the routine of an average student. But as she experiences everything from the typical activists on the quad to her office-hours fling with professor Gregory (Charles Aitken, TV’s The Knick), she can’t help but feel that she has seen and lived this day before.

Just when Tree is ready to say goodnight to this bizarre birthday, she is brutally murdered by a masked stranger…only to wake up back in the room of the one person alive who also believes she’s experiencing something eerily impossible.

As Tree daily finds herself daily getting closer to her real killer, she must shed her inhibitions in order to face everyone’s biggest fear. If she succeeds in unmasking her murderer and stopping this madness, she will hopefully end what has become her personal hell. If she can’t, she will be stuck in an insane loop, reliving a ghoulish nightmare that has become her death day. 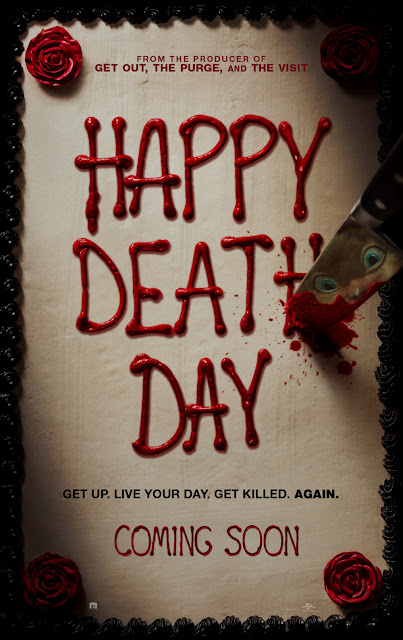