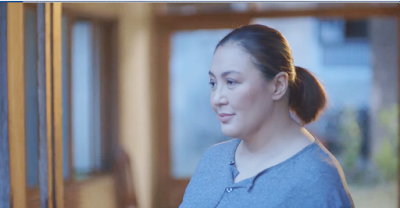 “Ang Pamilyang Hindi Lumuluha,” the first independent film of Megastar Sharon Cuneta, has gotten a commercial release. The comedy-drama opens in theaters nationwide on September 6. Star Cinema, the film arm of ABS-CBN, is the distributor.

“Ang Pamilyang Hindi Lumuluha” premiered at the Cinemalaya Independent Film Festival in early August to sold-out screenings. It tells the story of Cora (played by Sharon) who moves heaven and earth to gather the mythical Family Who Does Not Weep. Cora believes that by doing so, her estranged husband and children will return to their home.

In an interview, the singer-actress said that she was excited to do an offbeat role. “In this movie, you will never seen me like this anywhere else!” she emphasized. 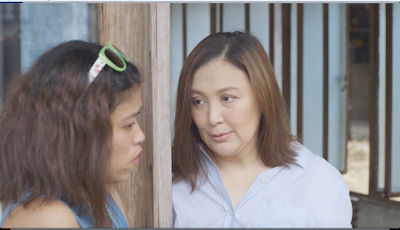 The film features the hilarious banter between Sharon and Moi (who plays Cora’s inimitable maid, Bebang), a heartwarming story, and Sharon’s offbeat character. Another special treat is an original theme song sung and composed by Ely Buendia entitled, “Gabi Man, May Araw Din.” 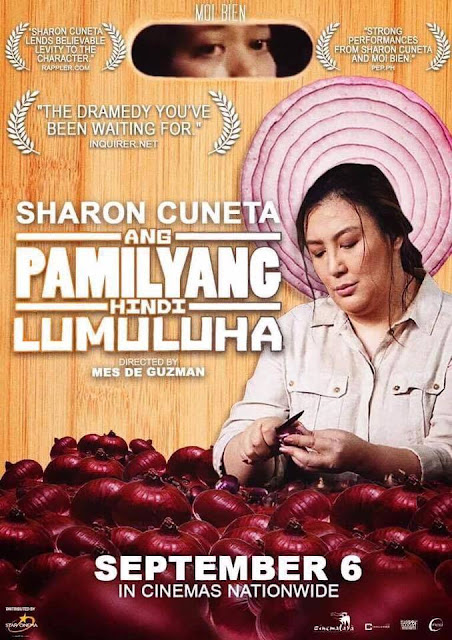