In Columbia Pictures' futuristic action-thriller Blade Runner 2049, Academy Award-nominee Ryan Gosling stars as LAPD Officer K who is sent on an assignment that could have far-reaching consequences—calling into doubt the divide between people and replicants, between humanity and technology, which could lead to anarchy or even war.

(Watch the featurette “What is a Blade Runner?”below )

Gosling remarks, “The original film is haunting; it’s hard to shake. It asks you to look at your idea of what it means to be human, and it makes you weigh your ability to recognize the hero from the villain. It’s a nightmarish vision of the future that’s somehow grounded and feels possible, and yet it’s presented in this romantic, dreamlike way that sticks with you. Time has proven its specialness.”

Gosling says his interest in the project was piqued upon learning something was in the works. “When I heard that Ridley was considering continuing the narrative, I was already invested; I already wanted to know what happened next. And then, given the chance to enter that world and help tell that story…it just felt like an amazing opportunity.”

The actor goes on to relate that the world in which we find his character “has become a much tougher and more isolated place than the one we left 30 years ago. As a result, the blade runner profession has become more complicated. When we first meet K, he is deep in the throes of that isolation and those complications.

“In the beginning of the film,” Gosling continues, “it’s a day like any other: K has been sent to ‘retire’ an old-model replicant. But in the process, he unintentionally unearths a mystery that ultimately makes him question everything he thought he knew.”

Villeneuve observes, “K has a very hard life and is a very lonely character. He has the worst job on Earth, but, unexpectedly, out of his latest assignment, comes a dream…a desire so strong that it will blind him. And I thought that was quite a beautiful arc.

“When I read the screenplay,” the director adds, “Ryan Gosling had already been suggested for the role of K, and I said yes immediately. There could be no one else. He is an actor who can express a world of emotion just moving an eyebrow. I needed an actor of extreme intelligence and the kind of strength to go through the darkness. Ryan’s passion and his relentless efforts in making sure we nailed every scene deeply moved me because I felt it was as important to him as it was to me to make a great movie together.”

The chorus of voices suggesting Gosling for K also included the actor who starred in Blade Runner: Harrison Ford. “I thought K would be a good part for Ryan and was very enthusiastic about proposing that to the producers. And they said, ‘Oh yeah, that’s what we were thinking, too,’ so I was very happy about that. I very much enjoyed working with Ryan in the film. He brings an originality to everything he does and an intelligence, but you don’t see the wheels turning. He inhabits a character rather than struggles to create it.” 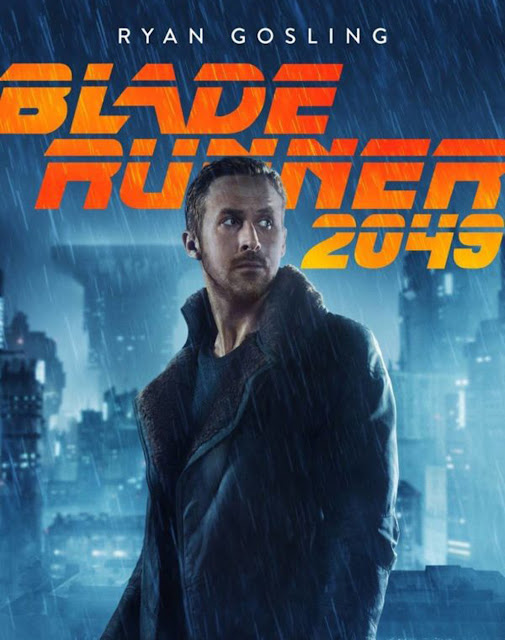