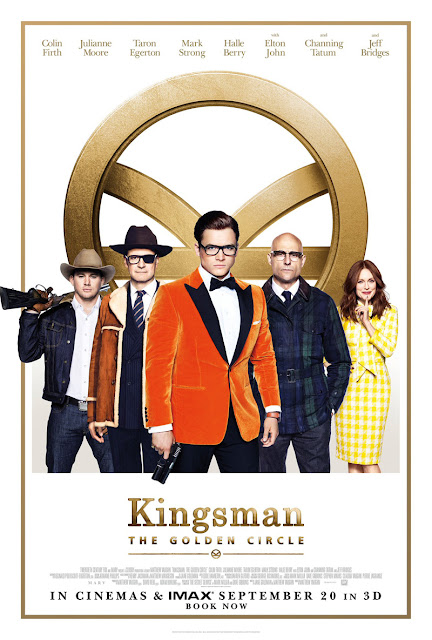 After a violent attack that wiped out all the Kingsman secret hideouts -Eggsy (Taron Egerton) and Merlin (Mark Strong) are the remaining agents alive in their organization. The two now must find a way to get some backup and stop their newest enemy in Poppy, (Julianne Moore) who unleashes a deadly virus through her drugs. Will Eggsy and Merlin stop Poppy's plan or disaster will strike and put a lot of lives in jeopardy? 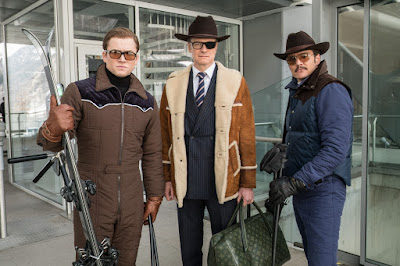 Kingsman: The Secret Service was a surprise hit in 2015, and it is no-brainer to get a sequel two years after. Director Matthew Vaughn tries to replicate the same stylish fun formula from its predecessor and mix it with a couple of new things to spread it out. He brings in new characters, gadgets and even Elton John to the picture but fails to exceed or match the intensity of the first film.  It can't hold everything into place and made some of the characters excessive and not fully used all of its potential, including the likes of Jeff Bridges, Halle Berry and Channing Tatum.

However, you can't simply take away that the film is still loaded with fun and entertainment. The action scenes are still stylish and crazy as before. It also has the element of surprise as the film will keep you off guard with gimmicks to entertain its viewers.

As for the cast, Taron Egerton remains to be the spotlight of this franchise. He matured well enough and has a successful run leading an A-List cast. It's very obvious that Director Matthew Vaughn wanted to correct his mistake from the first film by bringing Colin Firth back to the picture. It is forced yet, a perfect decision since Firth has that charismatic appeal and great chemistry with his boy Egerton. Mark Strong made his presence felt especially on that singing part, but it was Julianne  Moore making a warm welcomed performance playing an eccentric villain. 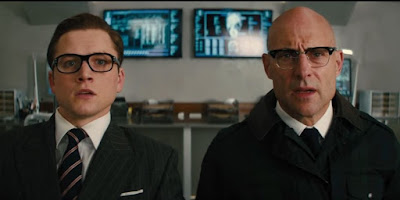 Overall, Kingsman: The Golden Circle has its moments but still had a lot of things to improve to pass the greatness of its predecessor. Basically, it needed a little less of salt to get that same flavor just like before.

Lakwastera Lovers rates it 7.5 out of 10 stars