Flatliners tells of five medical students who embark on a daring and dangerous experiment to gain insight into the mystery of what lies beyond the confines of life. The bold adventure begins when they trigger near-death experiences by stopping their hearts for short periods of time. As their trials become more perilous, each must confront the sins from their past while facing the paranormal consequences of journeying to the other side. 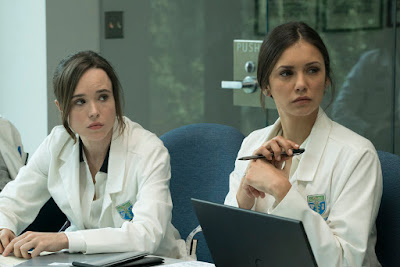 Ellen Page, who was nominated for an Academy Award® for her breakout role in Juno, was chosen by the filmmakers to play the role of Courtney, a complicated young woman who convinces her colleagues to follow her in her quest for knowledge of the afterlife.

“Ellen brings an emotional credibility and depth to the character,” says director Niels Arden Oplev. “It’s compelling to see her take her character into dark corners – you can call her the ringleader; she influences the others to go along with her.”

Page says the project spoke to her on a number of levels. “I was intrigued by the way the film deals with our innate, primal fascination, fear, denial of whatever it is about the inevitable,” says the actress. “The character of Courtney felt like a character I hadn’t really played before. She’s a bit of a mystery and I was interested in the mystery of her – she’s had an extremely difficult, traumatic past, she’s struggling with a horrible guilt and it’s definitely shaped who she is today. To play someone who has been through a lot and to get to explore that was really exciting to me.”

That wide range continues as Page’s character begins her dangerous experiments. “Before she flatlines, she’s very closed off from the intensity of her feelings about her past – she protects herself from those feelings,” says Page. “Right after she flatlines, she has a moment of bliss – that euphoria you feel just after you’ve gone through a difficult time. She cracks open – she starts to feel strength and freedom, but she also starts to tap into everything she’s feeling inside, and her façade starts to unravel.” 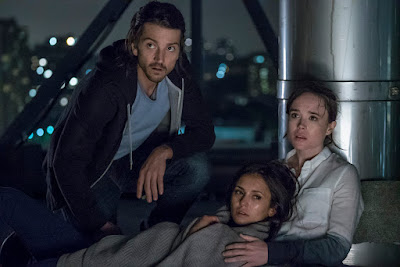 Meanwhile, Nina Dobrev plays Marlo, a character she says spoke to her immediately upon reading the script. “I listed the pros and cons of the character on two pieces of paper,” says Dobrev. “By the time I finished, I realized there were really no cons – I had just written down so many things I loved about her and her arc throughout the film.”

“Marlo is a great character,” states producer Peter Safran. “She’s the girl that you want to hate because she really has it all – she’s beautiful, she’s smart, and she’s clearly well off – but she brings a humor to everything that she does, so it’s impossible to hate her. A lot of that is because Nina Dobrev is also that girl; Nina is just somebody you want to hang out with; she’s just a charming person and she brings that charm to the character of Marlo.” 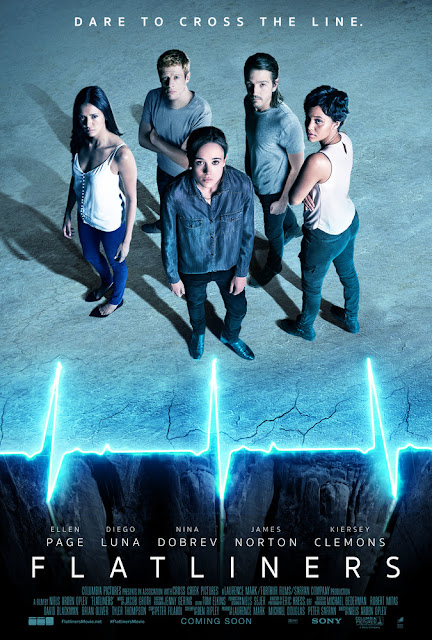