Being close to nature’s wonders is a luxury in itself. With the breadth of its natural charms, Hamilo Coast ensures preservation of its natural bounty together with its long-standing partner – WWF Philippines (WWF), a close ally in environmental stewardship. 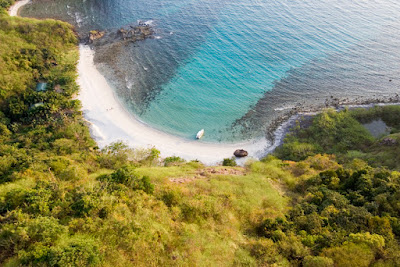 Santelmo Cove, one of Hamilo Coast’s Marine Protected Areas, is also an important site for marine biodiversity. Here, preservation programs such as giant clam seeding and regular reef monitoring are being sustained.

Together, Hamilo Coast and WWF have implemented several programs to guarantee the upkeep of the pristine, coastal surroundings. A focal point is Reef to Ridge Management, a program that centers on both the land and seas, acknowledging that everything that happens on the ridge, has a direct effect on the reef. A significant feat through this program was the declaration of Hamilo Coast’s three coves – Pico de Loro, Santelmo, and Etayo coves as Marine Protected Areas (MPAs). The monitoring and conservation of these coves is especially dedicated to the protection and maintenance of marine biodiversity, ecosystems, and resources. As a result of this effort, Hamilo Coast’s MPAs have been a go-to destination for snorkeling, fish feeding, and even quick dives in the area; not to mention the significant increase in fish catch in its other coves that of course were affected by the healthy ecosystem of the MPAs. 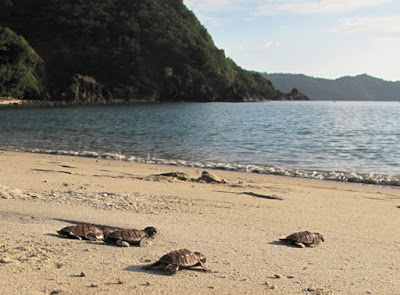 Hamilo Coast’s pristine white sand beaches are home to a variety of marine life such as the nesting of sea turtles.

The healthy marine ecosystem allows the frequent nesting of sea turtles in Hamilo Coast. Thus, WWF facilitated for the training of the sustainability and security team to care for the turtle eggs to hatch and the baby turtles for their race back to the sea. Marine mammal rescue trainings are also done to make sure that personnel are able to save, and give corresponding medical assistance for stranded mammals, like whales, whale sharks, and even dolphins. 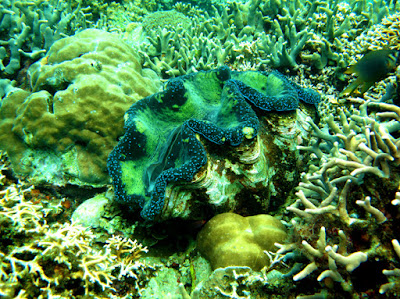 True giant clams were seeded off Hamilo Coast’s Santelmo Cove 10 years ago and continue to thrive providing reef structures and aiding in the improvement of overall water quality.

The reef’s health is also a top priority and is being monitored using the Reef Check methodology, a globally standardized method to keep and revive the reef system. This method does not only require examining the quality of the waters and its species, but the quality of the land as well which may contribute to siltation, that in turn affects the reef. True giant clams were also seeded to help the coral ecosystem, as well as artificial reef balls to help build the coast’s reef system. 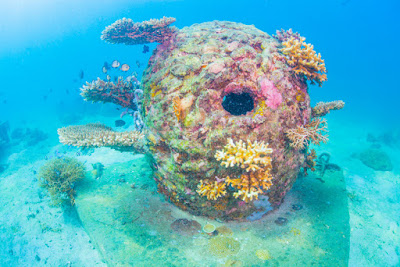 Artificial reef balls were planted in Hamilo Coast to help in the restoration of the coral reefs. Today, these artificial reefs are flourishing with marine life including corals and fish.

Indeed, Hamilo Coast and WWF have proven themselves to be great warriors of the coast – protecting and saving it, for the future generation. Hence this stretch of paradise, shaped by an ever dynamic community, remains to be a pristine, seaside sanctuary seamlessly tucked within nature’s embrace.

Hamilo Coast is the premier sustainable beach resort town of the SM Group’s Nasugbu, Batangas.  Hamilo Coast is now approximately 90 minutes from Manila via Cavitex and the new Ternate-Nasugbu Road.  For inquiries, call (632) 945-8000, or visit www.hamilocoast.com