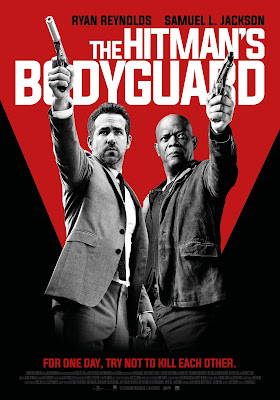 
Michael Bryce (Ryan Reynolds) is a former protection agent who had his world crumbling down when he lost his last client and dies under his watch. Two years later, he continues working hard to claim his elite status back. From there he received a call from his ex-girlfriend, Interpol agent Amelia Roussel (Eloide Yung). She promises to give his life back if he can make sure to bring the notorious Darius Kincaid (Samuel L. Jackson) from Europe to Hague safely and in time for the trial of the brutal dictator Vladislav Dukhovich (Gary Oldman). Kincaid is the witness and the key to take the power off out of the savage tyrant. However, the two must learn to co-exist because they have long and colorful history against each other. 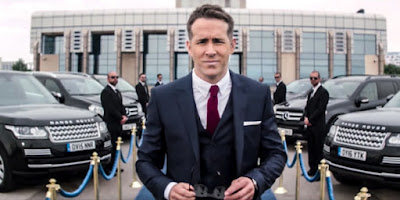 Finally, after a long wait, The Hitman's Bodyguard opens in cinemas starting today. Lucky for us, we are one of the few people to attend its advance screening last night, and it was spectacular right from the very start. The film is filled with explosive action scenes, high-octane car chases and most of all an effective comedy pairing between Ryan Reynolds and Samuel L. Jackson. The two just showed a great on screen pairing, which made the audience laugh their hearts out. 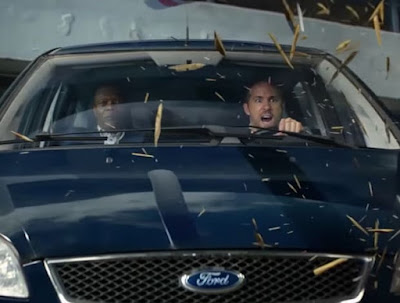 Director Patrick Hughes made sure that the film stays on the right track and dispenses the exact dosage of comedy and action that will sustain its two-hour run-time. The momentum never toned down and effectively sells the action-comedy buddy formula that didn't have a dull moment in it. The only problem is that they may have hyped up some of the scenes that look ridiculous at times.

The strongest point of the film is the chemistry between the Ryan Reynolds and Samuel L Jackson. The two are just simply fun to watch and complements each other's character. Reynolds is the straight guy, who has the plans and strategies before making a decision while Jackson is the foul-mouthed happy-go-lucky assassin. The supporting cast is also a huge check mark with Salma Hayek providing a boost even with a limited screen time. Elodie Yung was fantastic as Reynold's love interest while Gary Oldman does his usual villainy routine. 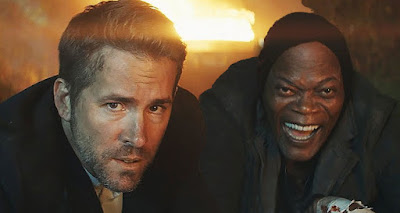 Overall, The Hitman's Bodyguard is an entertaining action-comedy flick thanks to the satisfying pairing of Ryan Reynolds and Samuel L. Jackson. They are the proof that sometimes a ridiculous material can still result into a compelling popcorn Blockbuster flick.