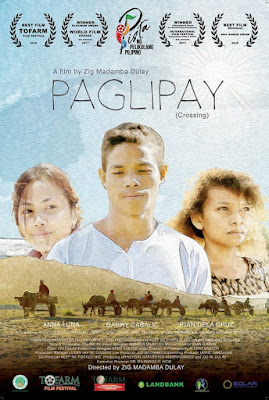 
Atan Dimaya (Garry Cabalic) is a 19-year old Aeta native who is set to marry his childhood friend Ani (Joan Dela Cruz). He must first fulfill the conditions set by Ani's parent and follow the tradition. He must prepare a dowry for Ani's family, which includes two pigs, farm tools and 20,000 pesos cash. In order to save all that money, Atan must go down town to sell their goods and find an extra job.  However, things get a bit complicated when he meets Rain (Anna Luna), a student in UP Manila, who is conducting a research in his hometown. With  the two getting close each day, Atan develops his feelings for her and is now hesitant to continue his upcoming marriage. 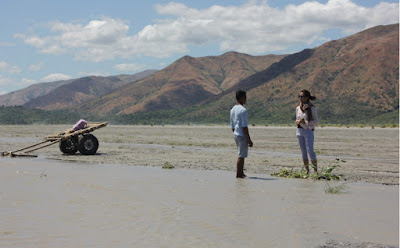 Honestly, I never saw the trailer of Paglipay, and I didn't actually thought that I would like this film.  The film is very authentic from the cast that they choose to play the big roles, from the Aetas speaking their own language up to the traditions that they follow even in this modern age. Everything feels so raw; I can't imagine the hardships they take every single day, especially for those who live in a very remote location where in some of the locals must need to walk 8 to 10 hours to reach the town proper. 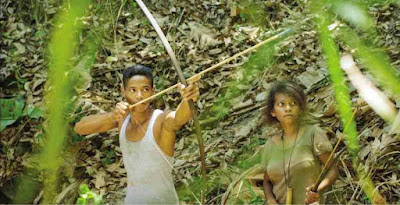 The cinematography was outstanding, and the aerial shots were really impressive giving the viewers a breathtaking scenery of their location. The casts were pretty good too as first timers as they provided a sweet and dedicated performance to make the film such a beauty. Garry Cabalic is a tremendous performer; you can really feel everything he does is very natural. Anna Luna is also a terrific actress who managed to keep at pace with Garry without out-powering him at some of the scenes. Joan Dela Cruz is a bit off at times, but I think she just needs a little confidence boost on herself.

Overall, Paglipay isn't appealing on paper but rest assured that this is a remarkable film at all means. If you want to experience and watch a different flavor aside from that mainstream formula, Paglipay is definitely a film for you. Authentic, raw and natural this film is one of the best entries and underrated in this festival.