James Corden Lends Voice to Hi-5 in “THE EMOJI MOVIE”

British comedian James Corden (Into the Woods) lends his voice to Hi-5, an open-face palm Emoji ready to give you a Hi-5 at any time, in Sony Pictures Animation’s new comedy The Emoji Movie.

In the film, Hi-5’s a big ham, brimming over with exuberant confidence. He used to be a Favorite, a highly respected celebrity. But recently Hi-5 has been usurped by a new Favorite… Fist Bump Emoji. Hi-5 can’t stand the rejection and just wants to be popular again. But his adventure with Gene – an Emoji which has EVERY expression instead of just one -- makes Hi-5 realize that it’s more important to have one true friend than it is to be popular.

“Hi-5 is a fading rock star who wants to get back on top,” says director-writer Tony Leondis. “He hopes that by going on this journey with Gene he can be popular again. What he learns along the way is that having one real friend is more important than having ten thousand likes.”

James Corden gave the filmmakers a hand in bringing the character to life. “He’s such a talent. A brilliant actor and writer. When I saw the play ‘One Man, Two Guvnors,’ I was blown away and really wanted to work with him someday,” Leondis says. “Hi-5 is the wild card – you never know what he’s going to do or say. He’s always throwing curveballs into the equation. And no one is better at that than James.” 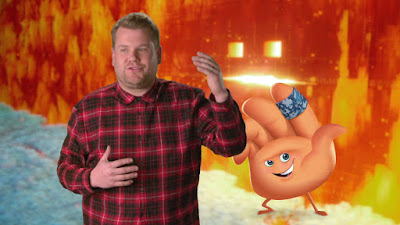 “Hi-5 used to be one of the favorites, but as time has gone by, Alex has forgotten about Hi-5, and he started using Fist Bump,” says Corden. “He feels like he’s been forgotten, and he’s convinced that if Alex could just see him again on the Favorites board, Alex would remember how great Hi-5 is and start using him again.”

Corden was drawn to the story and the way it created a hidden world behind the popular icons. “You can punctuate any moment with a great emoji,” he says. “In the film these are characters with spirits, and souls, and hearts, and minds with something very, very real at stake for all of them.”

“I thought it sounded quite charming – these things that you use in your life all the time have a personality, something to lose, and real friendships,” concludes Corden. “That felt very fun to me.” 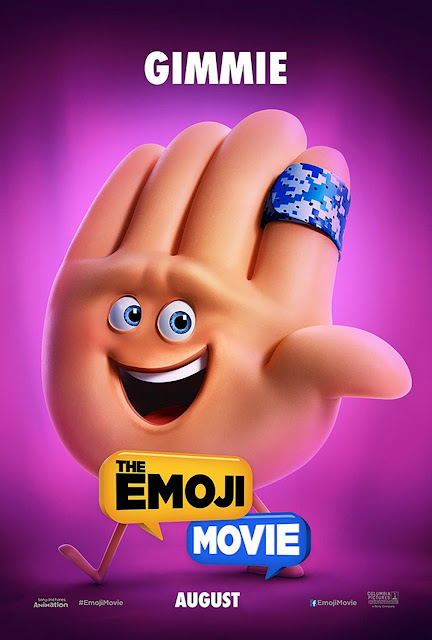 Opening across the Philippines on August 23, The Emoji Movie is distributed by Columbia Pictures, local office of Sony Pictures Releasing International.