Domhnall Gleeson, From “THE FORCE AWAKENS” to “AMERICAN MADE” 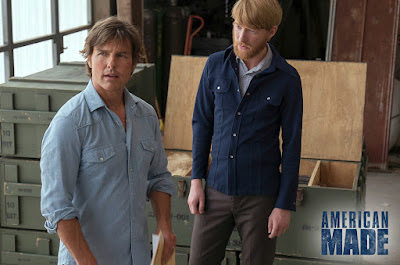 Popularly known as General Hux in Star Wars: The Force Awakens – a character he will reprise in the upcoming Star Wars: The Last Jedi, Domhnall Gleeson is an Irish actor proving to be one of Hollywood’s most versatile talents—working across a number of diverse roles.

(Watch the new American Made spot below)

American Made is based on the outrageous (and real) exploits of Barry Seal (Cruise), a hustler and pilot unexpectedly recruited by the CIA to run one of the biggest covert operations in U.S. History. Much to the surprise of his wife, Lucy (Sara Wright Olsen), the charming entrepreneur has gone from a well-respected TWA pilot to a key figure in one of the greatest scandals in modern times. Little could they grasp that what started out as transporting contraband would lead to Barry’s help in building an army and funding a war. 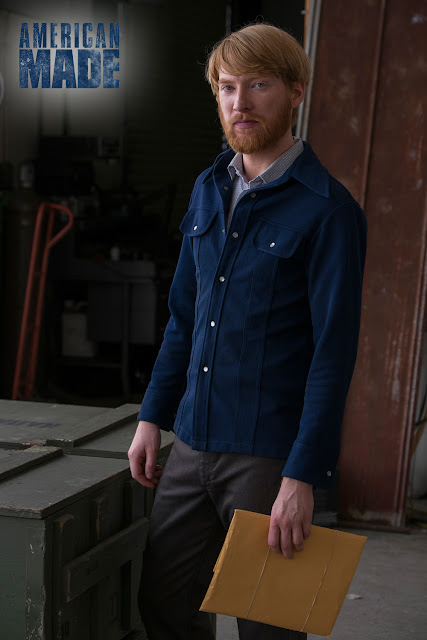 Gleeson, who plays CIA operative Monty Schafer, shows another side of the acting gifts he’s displayed in films from Unbroken and About Time to Ex Machina. Schafer sees Seal as his possible ticket to promotion and beyond, and plays him for what he’s worth.

Director Doug Liman loved the idea of creating an entirely unexpected but powerful adversary for Seal, and found Gleeson was the perfect antagonist. “I didn’t want to do that in the cliché way, with a CIA handler-slash antagonist, surrounded by computer screens and an army of people,” the director offers.

“I thought, ‘What if your adversary in the CIA is just in a cubicle, will seize any opportunity and not let anything get in his way?’ Domhnall did an amazing job and, from a cubicle, is a force to be reckoned with.” 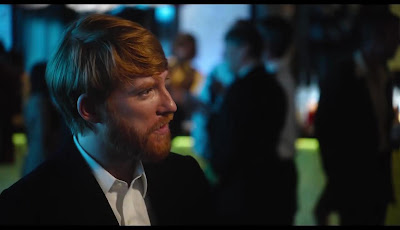 As Gleeson researched his role and prepared for production to begin, the actor read several autobiographical books by CIA operatives. “I found the script to be such an easy read. It had a playful tone, and the story was outrageous and suspenseful. There’s a dog-eat-dog feeling to this whole film, which I liked. I think it’s truer than we care to admit about the way that countries run, and the way that the world works.”

One of the most unexpected days of production was when Gleeson found himself way up in the skies. “Doug and Tom took me up in one of the small planes, and did a maneuver to zero gravity,” he reveals. “Then they swapped pilot seats, and Tom turned the plane upside down while Doug shot it on his iPad. It was incredibly fun. Tom is a force of nature and, paired with Doug, they have created their own way of working—a shorthand that, no matter how chaotic, works.”

Of his principal costar, Cruise raves: “Domhnall plays such an original character—the kind we see in all of Doug’s films—ones that have this authenticity on screen. With Bourne and Mr. and Mrs. Smith to Swingers, he’s so invested in the world that he creates and in these characters they have a unique humanity to them.”