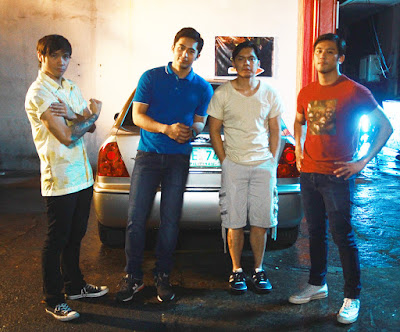 “Bar Boys,” a feel-good barkada movie starring heartthrobs Rocco Nacino, Carlo Aquino, Enzo Pineda and Kean Cipriano, presents the real lives of law students in the Philippines. This motion picture written and directed by young filmmaker Kip Oebanda is one of the 12 films in the lineup of the Pista ng Pelikulang Pilipino (PPP) which happens from August 16 to 22.
Direk Kip spent more than a year researching for the project, talking with law students, graduates and dropouts from different schools; interviewing professors and judges; sometimes even sitting in actual law classes. “It helped that I was not a law student so I was able to look into their world from an outsider’s point of view,” says Direk.
“Bar Boys” tells the stories of four friends who all wanted to go to law school. Rocco plays a happy-go-lucky fellow whose family is always proud of whatever he achieves. Carlo’s character comes from a simple family who goes to great lengths just to keep him in school. Enzo takes on the role of a guy who must live up to the legacy of his lawyer-father and whose conflict deals with choosing between his studies and his girlfriend. Kean’s character, meanwhile, feels left out because he is the only one in the group who failed to make it to law school. 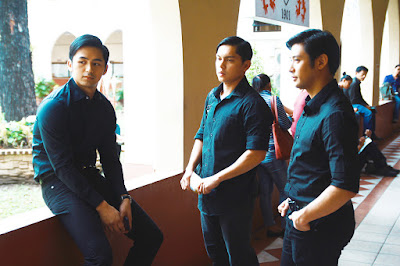 One of the film’s themes is about sacrifices. “It’s about sacrificing sleep, family, health, love, and even friends,” Direk Kip says of “Bar Boys.”
The four male leads bonded well with their co-stars, such as indie sensation Anna Luna and veteran character actress Odette Khan (who plays a terror professor).

Award-winning film editor Manet Dayrit, one of members of the PPP selection committee, describes “Bar Boys” as an eye-opener. She says, “We liked ‘Bar Boys’ because it’s a look into the unique world of law students. If you are not aware, students taking up law in the Philippines have a different set of problems. Not only do they go through the usual angst, love life, challenges of studying and pressures coming from the family, they also have terror teachers.”
She also praised the cast saying, “The ensemble cast of the four barkadas was well chosen.” She adds that even those who did not take up law will be able to relate to what the Bar Boys go through. “I think all young students, as well as those who’ve finished school a long time ago, will appreciate the film. University life evokes bittersweet memories. ‘Bar Boys’ certainly gives that feeling.”
As a testament to the movie’s strong appeal, about 50 different groups from all over the country—ranging from schools to fans’ clubs, to college organizations, to law firms— have confirmed block screenings. 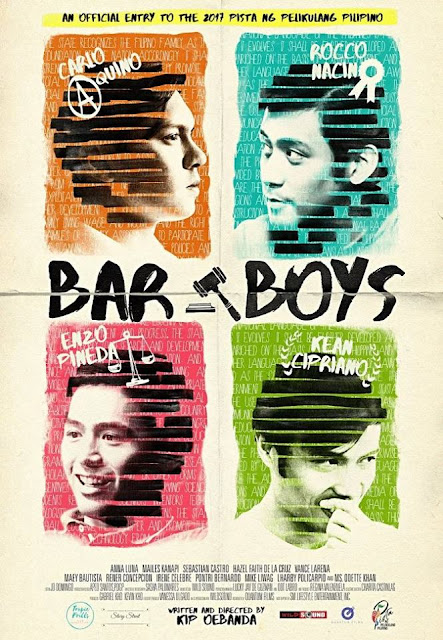 Direk Kip hopes that his film will somehow contribute to the current evaluation of Philippine law schools. “The amount of readings that law students go through, for instance, is astounding… There are a lot of conversations on the level of school deans about how to reform the law schools,” says Direk Kip.
“Bar Boys is produced by TropicFrills Film Productions in cooperation with Wild Sound Studios. The film received generous support from SM Foundation Inc.  It is rated “A” by the Cinema Evaluation Board. The movie is distributed by Quantum Films. “Bar Boys” opens in theaters nationwide on August 16.  For updates about “Bar Boys,” like the movie’s Facebook page.