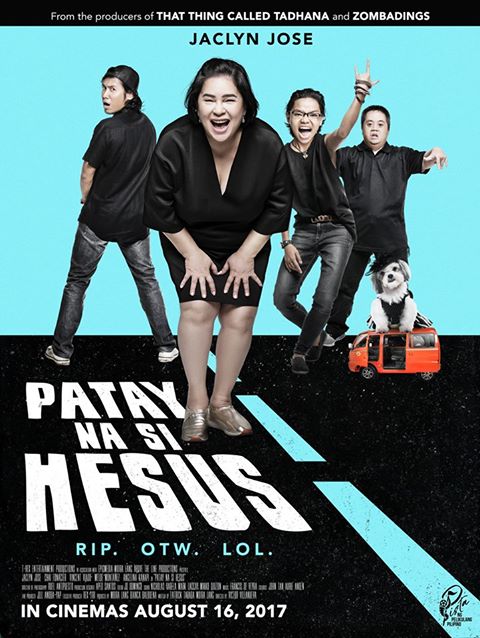 
Iyay (Jaclyn Jose) is a single mother who just received a news about the death of his estranged husband. Forced to pay respect, Iyay drags his family into a road trip from Cebu to Dumaguete. Together with her three children Hubert, Jude and Jay - they embark to an unforgettable journey with surprising twist and turns that will challenge the whole family. 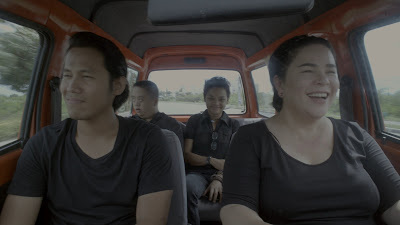 If you don't have any idea about the film, you'll think that this movie is all about religious stuff that we tend to get at a cable channel during holy week. However, it turns out that Patay ni si Hesus is a hilarious comedy flick that doesn't need to step on to the breaks when delivering its comedic material. Like other Hollywood road trip films, Patay ni si Hesus offers different kinds of situations that will surely make you laugh out loud as Director Victor Villanueva skillfully patch a no-holds-barred comedy theme and generates a fun and entertaining feature. 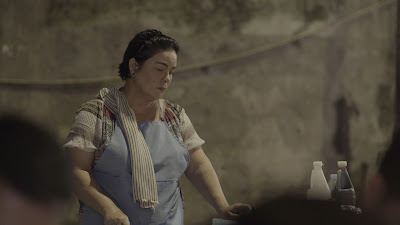 Fresh coming from her win at Cannes, Jaclyn Jose leads the cast of Cebu based actors and puts them under her wing. She effortlessly brought Iyay into life and made the audience believe that they are really a true family with each of the cast members responding to the challenge of the script. Chai Fonacier is the energizer and also the charm of the film who had the biggest story arc among Iyay's children.  Melde Montañez connects well with his punch lines and delivers it smoothly while Paul Vincent Viado responded and added more color to the cast even he has a down syndrome. 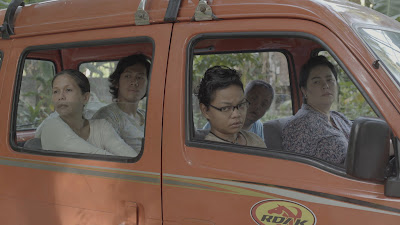 Overall, Patay na si Hesus is a great comedy film that surely deserves your time and hard-earned money during its theatrical run this August at Pista ng Pelikulang Pilipino. It has that surprising moments that you won't see on a regular comedy mainstream. I am sure that you'll definitely enjoy this as much as I did.