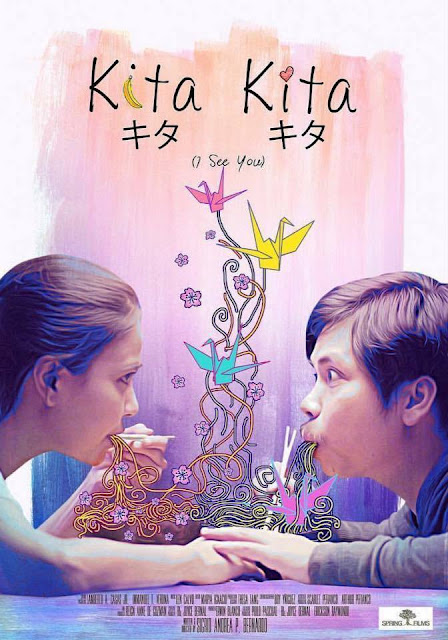 Lea (Alessandra De Rossi) is a tour guide in Sapporo Japan. She is engaged to a local bartender but after a painful evening, she collapsed and lost her sight. Enter Tonyo (Empoy Marquez), his neighbor who visits her regularly to bring food after the incident. At first, Lea gives Tonyo a rude reception but his perseverance paid off.  Soon, the two get along together with Tonyo helping Lea get to her feet once again. Will fate let Lea regain her sight and let her love a person she has never seen before or end up blind but happy for the rest of her life? 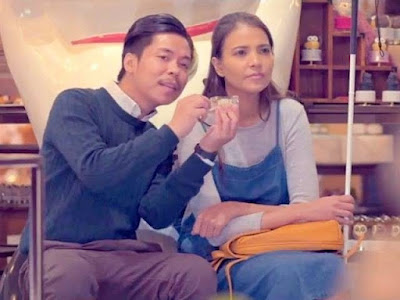 The trailer stormed social media platforms as the unlikely pairing of Empoy Marquez and Allesandra De Rossi introduces a fresh rom-com with an intriguing premise.  The film opened a week ago and with a lot of positive reviews and warm feedback, Kita Kita is already a certified Blockbuster hit.

Finally, we got our schedule free to see Kita Kita and with a last full show screening on a rainy Thursday night, it was a jam-packed crowd in attendance. The film was just extra-ordinary and a refreshing rom-com that truly deserves the supportive reception from the audience. The story was amusing and funny throughout but has that strong points to make you weep and cry.  Although I already anticipated some of the scenes because of the spoilers, I've heard and read, but I didn't expect that I will still get affected with the twist. 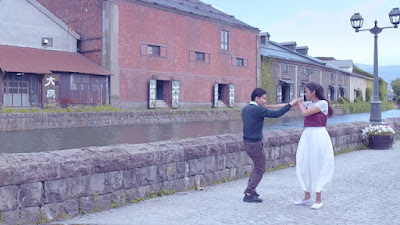 The two leads made the most out of their characters and made sure that it will leave a mark to its audience. Empoy Marquez easily commits to his role being the Empoy we all know. He is funny because of his typical one-liners and spills, but he has that charm that is hard to resist. Alesandra De Rossi truly made her presence felt in every scene and creates a whimsy chemistry with Empoy. I think the two did a pretty good job portraying their characters as they connected well to the viewers right from the very start.

I haven't seen the previous works of Director Sigrid Andrea Bernardo, but I heard that both films are a masterpiece. I admire what she has done to this film and how she was able to take out the successful basic formula of mainstream rom-com's and come up with a solution that generates a fresh new take to this genre. The shots were incredibly astonishing giving the viewers a free trip to Japan with majestic scenery. The soundtrack was perfect as the version of Kz Tandingan's  "Two Less Lonely People in the World" got stuck in my head that keeps on playing over and over again. 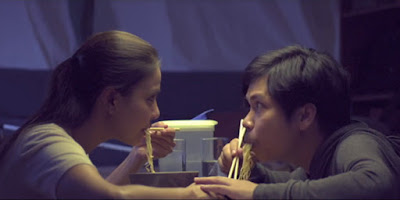 Overall, Kita Kita has all the reasons to be seen on the big screen. It is a genuinely funny but emotionally heartfelt romantic comedy we all deserve to see. I can't wait to see it again and experience the same feeling I felt when we watched it last night.