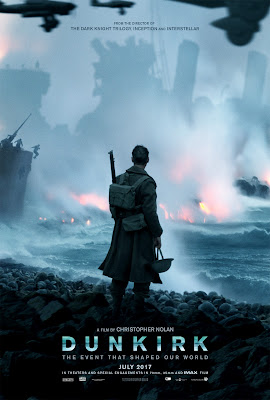 
Dunkirk is basically retelling a historic event that took place in World War II where 400,000 men are trapped behind enemy lines. Christopher Nolan remarkably showcased another brilliant masterpiece in this war epic. The film didn't waste time explaining anything and settles to bring the audience to the center of the action. The opening minutes simply created an enthralling atmosphere that takes your breath away. Every second count as the scenes practically rises up the tension and take its viewers to heart-pounding cinematic experience. 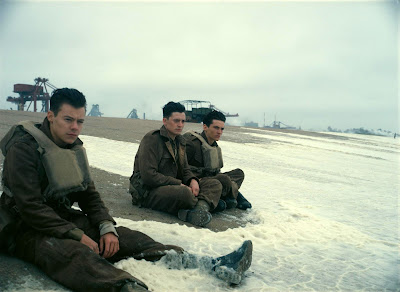 Three stories woven perfectly resulting to a massive war picture that is clearly one of this year's best. The land is solidly backed up by three stars who primarily gave everything to make their piece exciting at all means. Newcomer Fionn Whitehead, Aneurin Barnard and One Direction's Harry Styles triumphantly played the soldiers battling for survival. These guys know how to act and made their presence felt as the crowd continues to cheer for their safety. The air consists of a grand-scale assault led by two RAF Spitfire pilot played by Tom Hardy and Jack Lowden. It was just exhilarating to watch especially on an IMAX screen that gives you a full picture of the action. The sea is about a father and son  (Mark Rylance and Tom Glynn-Carney) tandem who prepares to sail their small yacht to rescue stranded soldiers from Dunkirk.

The film relies mainly to the visuals and score. It moves away from the heavy dialogue war fanfare and settles to refreshing war combat. And like any other Christopher Nolan films, Dunkirk is another spectacle created perfectly to the big screen. It may had not have blood, or brutality like what Mel Gibson did in Hacksaw Ridge but Nolan simplifies everything while you can still feel the bullets entering the human body. 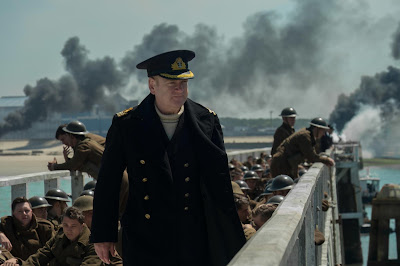 Overall, Dunkirk is a stunning theatrical experience where Christopher Nolan skillfully delivered a relentless nerve racking war classic. It is a film that should be on your must-watch list. Thrillingly one of the best Blockbuster films this year.