Eduardo Roy Jr.’s third film stars HasmineKillip (as Jane) and Ronwaldo Martin (as Aries), who play a couple of street-dwelling petty thieves. These two teenagers are parents to Baby Arjan, who is kidnapped by a gay-scheming-moneylender named Eartha. This is where the couple’s already complicated life turns for the worst.

Award-winning director and writer Eduardo Roy Jr. specifically targetedthe millennial audienceand wants them to gaze more closely at how some of their peers are living extra-challenging lives. Yes, the movie features foul-language and even quickie sex but it was approved without cuts by MTRCB with an R16Rating.

The film’s entertainment value can be found in its tongue-in-cheek comedic moments which is consistent with its satiric intent. The use of CCTV camera as a plot device gives the viewers a chance to be “voyeurs” ala Big Brother.

Some of Philippine Cinema’s most notable filmmakers has only glowing praise for Roy’s latest film:

"One of my favorites from 2016!" – DAN VILLEGAS (Director of Luck at First Sight, Ilawod and How to be Yours)

"Nothing ordinary, nothing is sugar-coated. It’s just as real as it gets and that the more you think about it, the better it gets."– LEM LORCA (Director of Ned’s Project, Water Lemon and IntoySyokoy ng Kalye Marino)

Rappler columnist and Film Blogger Oggs Cruz describes the film as follows: “The film is most poignant when it puts its characters in situations where they are forced to act not out of nature, but out of shame, sorrow, or sheer hopelessness, all of which are traits and qualities that separate them from the animals that society has relegated them to be.”

The film has since garnered awards from some of the most prestigious film festivals abroad including Audience Choice at 13th Venice Days; Best Director and Best Actress at the 47th Hanoi International Film festival in Vietnam; Student Jury Prize at the 17th TOKYO FILMeX in Japan, and the latest one -- Best Actress and Best Actor at the 12th Harlem International Film Festival held last May 4-7 at New York, USA. 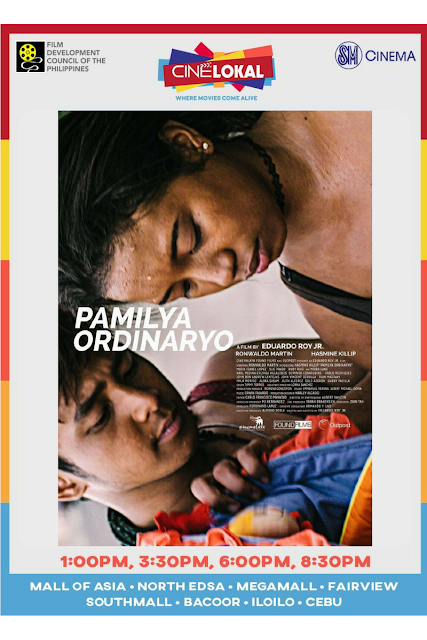