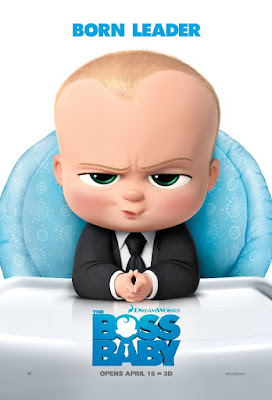 Tim (Miles Christopher Bakshi) is the only child of the Templeton Family. He had everything that he wanted even the time and attention of his super workaholic parents. But all things suddenly changes with the arrival of a baby (Alec Baldwin) dressed in a black suit and carries a briefcase who supposed to be his new baby brother. However, Tim feels that something isn't right and discovers that the baby is up to something. Soon the two team-up to finish a secret mission but first, they must learn to co-exist and become brothers for the meantime. 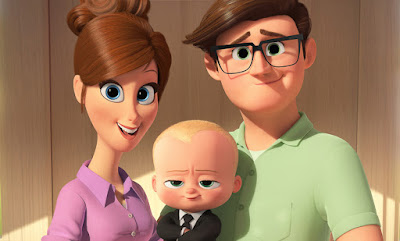 We really didn't expect much with this film after seeing the negative reviews pile up. The trailer was cool and we just simply thought that a lot of the great scenes were already shown in the teaser. However, after watching the advance screening of the film last Saturday, we were wondering why it got a low rating.

The Boss Baby delivers a brilliant animated comedy flick. It never had a dull moment, and we are just surprised with the entire film. It is funny and goofy at the same time, but nonetheless, we really enjoyed every minute of it. The colorful animation was perfect and was overloaded with cuteness from time to time. 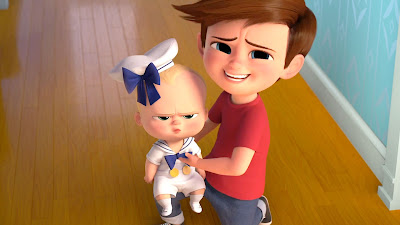 Every character was amusing and Alec Baldwin did a magnificent job in bringing life to the boss baby. He simply nailed every line and convincingly set the tone to the adorable little fella. The character design was simply charming, which will leave a mark after you leave the cinema. The story is pretty ridiculous, but it really doesn't matter as long as we are entertained the whole time as the film was the perfect stress reliever to cover up a week of work load.

Overall, The Boss Baby is a delightful innovative effort from Dreamworks' Animation. It's pretty solid throughout and a satisfying flick perfect for the whole family. It is arguably the best animated film released so far this year.