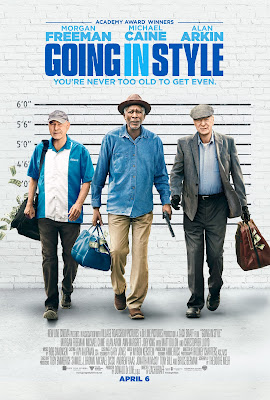 
Three retired steel-workers (Morgan Freeman, Michael Caine, and Alan Arkin) were screwed by their bank when their pensions were terminated after serving three decades in their company. However, when Joe (Caine) witnessed a robbery with the culprits walking out safely and unharmed, the three decides to plot a robbery of their own to get all their money back. Will they succeed in their plan or will they end up locked in jail for the remainder of their lifetime? 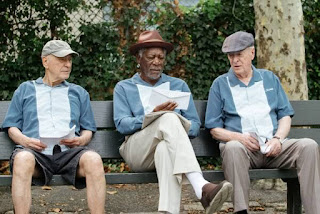 The trailer actually has some fun scenes in it, but we weren't that sold if it could be a runaway comedy film that can certainly make your time worth. The crowd in its advance screening didn't help at all as the theater was half empty before it started. We lowered our expectation thinking that this would turn out gloomy in a minute, and it also started in a really slow pace. 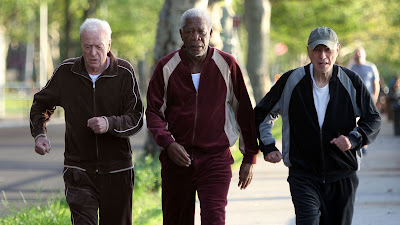 However, when the film starts to pick up the slack; the cast capitalized with the script and delivered a comical  performance. The trio manage to pull out a rabbit in their hats as their charming portrayals actually did the trick avoiding the film to turn out as a bore. Freeman Caine and Arkin showed a great chemistry throughout and basically sold everything from their friendship up to their sore backs and ailments. 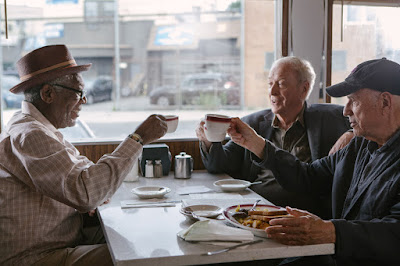 The film clearly isn't a runaway winner as a comedy flick, but it managed to spill out some cans of laughter throughout the entire time. It clearly brings a clever heist film boosted by its powerful stars. It's like a wine that gets better and better as the minutes passes by even the ending is quite predictable and generic.

Overall, Going in Style is not the best heist film in recent years but the top-notch veteran cast stepped up and brings to life a witty and entertaining popcorn material.