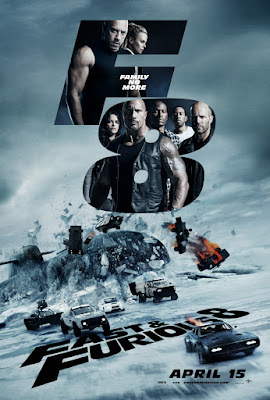 
Dom and Letty (Vin Diesel and Michelle Rodriguez) are on their honeymoon, and the whole crew tries to fit in and return to their normal lives. But they're so-called break was interrupted when a mysterious woman ( Charlize Theron) offers a bargain that Dom couldn't resist. However, this will make him choose to turn back away from his family and go rouge against them. 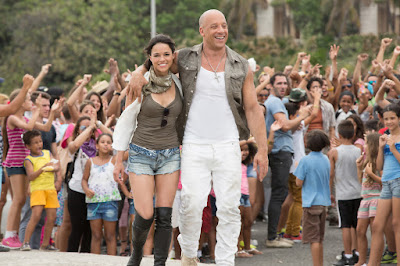 After an emotional thrilling ride in Fast and Furious 7, these guys aren't done yet in bringing in more expensive cars, crazy gimmicks and full throttle of action extravaganza in the newest installment. The franchise seems to have an infinite gas left in their tank to make the engine running fast enough to entertain its audience. They also bring-in a fresh face in Chalize Theron, who magnificently did a great job as the new villain. Some familiar faces also signed up and joined the fray even in a minimal screen-time they managed to surprise the faithful fans of this franchise. 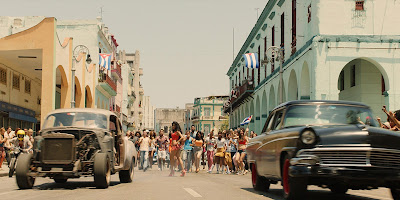 The only problem is the messy script that doesn't hold up all the pieces together. But still, you can clearly see the efforts they have done, and somehow it paid-off big time, especially on the latter parts. I just felt exhausted on one scene that is totally unnecessary, but I won't spill any of it and let you to be the judge. 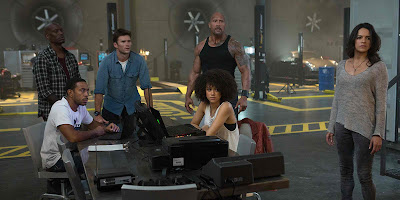 The film is at its best when pulling off ridiculous ideas that are hard to imagine. I thought that I've already seen everything after that Lykan HyperSport jumped from the Burj Khalifa Towers in Dubai. Still they managed to present fresh new ideas and brought in a submarine and even had a long chase on an iced location. They also have a wave of cars like zombies filling up the streets of New York and if you're wondering if how the heck did Dominic Toretto survived everything with all that broken bones he should have sustained in the previous installments then you'll might tag him as a valiant superhero that is better than Iron Man of the Avengers.

The cast were pretty much the same as they used to be. Vin Diesel enjoys being the leader of the pack and just basically gives everything that he's got. Dwayne Johnson and Jason Statham's bromance continues to blossom especially when they are going at it in a battle of trash talk. Tyrese Gibson still does his best in stealing the spotlight each time he is on the screen. He is the clown in this group, and he delivers all comedic chops neatly to lighten up the mood. 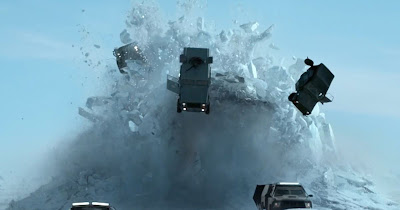 Fast and Furious 8 steers the wheel into another direction and moves on without one of their stars in Paul Walker. Clearly, the film has more gimmicks under their sleeves and two more films are lined up for us in the next few years. Probably not the best in this franchise but still loads up a lot of fun into a non-stop thrilling explosive ride.