Disney's  “BEAUTY AND THE BEAST” Now the No.1 Movie of All-Time in PH, Surpasses Marvel's “CAPTAIN AMERICA: CIVIL WAR” 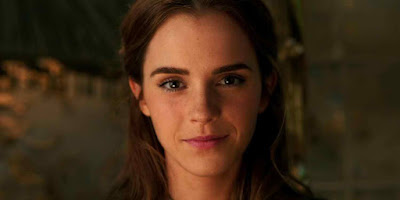 MANILA, April 12, 2017 – The retelling of a classic fairytale has now rewritten the record books!  Disney's live-action “Beauty and the Beast” is now officially the biggest-grossing movie ever released in the Philippines.
The romantic, fantasy musical posted a cumulative gross of a jolting P667.46-M yesterday, its 27th day of release, and effectively overtaking Marvel’s “Captain America: Civil War” as the No.1 movie of all-time in the country.
This was announced today by a spokesman of Walt Disney Studios Philippines which distributed the film.  (It’s worth noting that the top five films in the all-time rankings were all distributed by Disney.  In third to fifth places are Marvel’s “Avengers: Age of Ultron,” Marvel’s “Iron Man 3” and Marvel’s “The Avengers.”)

Disney owns Walt Disney Pictures, Disney-Pixar, Marvel Studios and Lucasfilm (Star Wars films).
Disney’s “Beauty and the Beast” is still playing in cinemas across the Philippines. Like Beauty and the Beast on Facebook, WaltDisneyStudiosPH; follow us on Twitter, @disney_phil; follow us on Instagram, @disney.ph and use the hashtag #BeOurGuestPH.
About Disney’s Beauty and the Beast
The story and characters audiences know and love come to spectacular life in the live-action adaptation of Disney’s animated classic “Beauty and the Beast,” a stunning, cinematic event celebrating one of the most beloved tales ever told. “Beauty and the Beast” is the fantastic journey of Belle, a bright, beautiful and independent young woman who is taken prisoner by a Beast in his castle. Despite her fears, she befriends the castle’s enchanted staff and learns to look beyond the Beast’s hideous exterior and realize the kind heart of the true Prince within. The film stars: Emma Watson as Belle; Dan Stevens as the Beast; Luke Evans as Gaston, the handsome, but shallow villager who woos Belle; Kevin Kline as Maurice, Belle’s father; Josh Gad as LeFou, Gaston’s long-suffering aide-de-camp; Ewan McGregor as Lumière, the candelabra; Stanley Tucci as Maestro Cadenza, the harpsichord; Audra McDonald as Madame de Garderobe, the wardrobe; Gugu Mbatha-Raw as Plumette, the feather duster; Hattie Morahan as the enchantress; and Nathan Mack as Chip, the teacup; with Ian McKellen as Cogsworth, the mantel clock; and Emma Thompson as the teapot, Mrs. Potts.
Beauty and the Beast Press Release Walt Disney Pictures Philippines