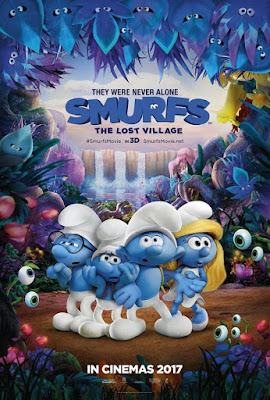 
Smurfette (Demi Lovato) is the only female smurf in their village, and she is having a hard time adapting and figuring out on what she is good at. One day, when Smurfette and her friends are having some fun; they uncover a secret entrance to the Forbidden forest. The gang sets a mission and enters a new adventure and stop Gargamel (Rainn Wilson)  from destroying a peaceful community same with their kind. 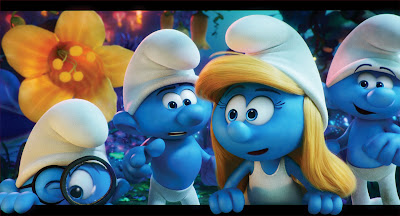 What can you expect with another Smurfs movie? Well, pretty much the same like the previous two films. However, for this newest installment in this franchise; we get more smurfs characters that are hard to distinguish who is who because they look exactly the same. It turns out that Smurfette isn't the only female Smurf in town and Papa Smurf's will finally find a love of his life. 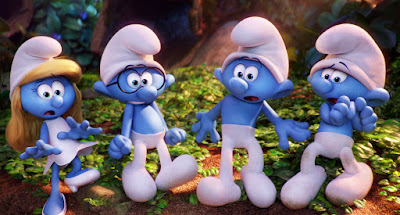 With the story revolving around our smurf maiden; Smurfs: The Lost Village  hand over a very generic story is especially made for kids who love a colorful animated feature. The humor is bland aside from Gargamel's cat who always finds a way to deliver a solid laugh. 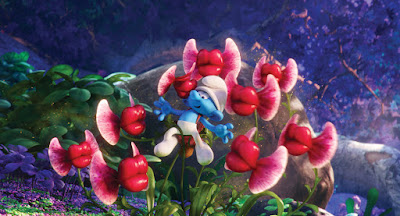 The film is boosted with a powerful cast, including Demi Lovato, Michelle Rodriguez, Meghan Trainor and even Julia Roberts joins the fray. But we can't even hardly recognize the voice talents until the end credits rolled out.  If there are things to admire in this film; it falls down to the gorgeous animation. Although they all look the same, they still provided a collection of colorful visuals that looks fantastic on the screen.

Overall, Smurfs: The Lost Village is still the typical animated Smurfs flick we've been getting from the past few years. The story and the animation fairly improved, but it is still strictly for younger audience entertainment purposes only.