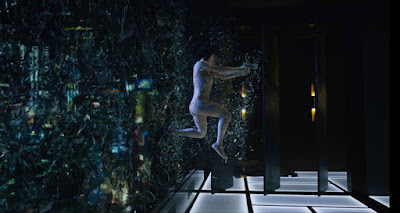 From Rupert Sanders, director of Snow White and the Huntsman comes Ghost in the Shell, based on the famous Kodansha Comics manga series written and illustrated by Shirow Masamune.

In the near future, Major (Scarlett Johansson) is the first of her kind: A human saved from a terrible crash, who is cyber-enhanced to be a perfect soldier devoted to stopping the world’s most dangerous criminals. When terrorism reaches a new level that includes the ability to hack into people’s minds and control them, Major is uniquely qualified to stop it. As she prepares to face a new enemy, Major discovers that she has been lied to: her life was not saved, it was stolen. She will stop at nothing to recover her past, find out who did this to her and stop them before they do it to others. 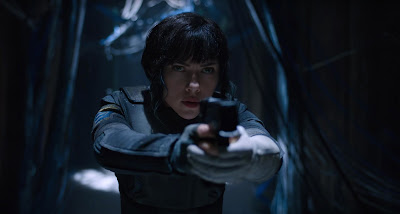 Since the publication of Masamune Shirow’s original manga in 1989, Ghost in the Shell has inspired a devoted worldwide following, including influential filmmakers like Steven Spielberg, James Cameron and the Wachowskis. The epic media franchise already includes two landmark anime feature films and two television series, as well as novels, video and mobile games.

Rupert Sanders was already very familiar with the first Ghost in the Shell anime feature, which he lauds as a milestone in the history of modern cinema for the way it blends a quintessentially Japanese milieu with popular science-fiction tropes. “The grown-up animation is pretty spectacular,” says the director. “It set the standard for a futuristic global aesthetic. The character of Major is fundamentally exciting — she’s so powerful and sexual. She’s a human and she’s a machine. The mix of all these elements was very intoxicating to me as a filmmaker.”

Not long after Sanders officially signed on to the project in January 2014 he presented the producers with an original 110-page graphic novel to lay out his take on the film. “I wanted to return to the original world of Ghost in the Shell,” he explains. “The visual language of the manga really caught my imagination, so I used many images from the original in that rough collage of the story.” 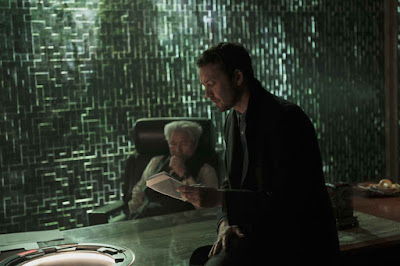 Ghost In The Shell is unprecedentedly popular in Japan, but many people in America and around the world have also seen and loved the anime. “The imagery really strikes a nerve,” says Sanders. “Those images became the cornerstone for us in developing the movie. We didn’t reinvent it from the ground up, but we also didn’t copy it frame for frame.”

Sanders’ intention was always to build a bigger film around the source material, while honoring the heart and philosophical essence as well as the iconic images that have made the story universally popular. “We kept the Geisha as our opening sequence,” he says. “We kept the trash truck. We kept some of the Hanka Corporation, and many, many little things that as a fan I was obsessed with. Sanders preserved many of the iconic elements of the original. Although there are conversations about humanity, technology, and dualism, our film is primarily a journey of discovery told through a fairly straightforward detective story. Major is after a bad guy, which leads to the question, who is this guy? What’s he taking and why is he taking it? But as she goes down this road, she starts to understand that her path and his path are closer than she thought.”

Everyone involved in the film felt a tremendous responsibility to maintain the integrity of the franchise. Throughout the writing, development and shooting of the movie, the filmmakers referred back to the manga and the anime for inspiration. In addition, Mamoru Oshii, director of the two animated features, and Kenji Kamiyama, director of the television series, were invited to visit the set during filming in Hong Kong.

“Rupert has made his own version of this story,” says Oshii. “This is the most gorgeous film made in the series so far. Rupert starts with compositions, colors and lighting ideas. As a director myself, I believe it’s best for the director to do what he envisions, so I wished that for Rupert. Scarlett Johansson has gone above and beyond my expectations for the role of Major.”

Sanders is proud to be part of the continuing Ghost in the Shell legacy. “We all felt it was important for us to become part of that culture,” he concludes. “We had someone from Japan with us the whole time we were shooting the film. We wanted to be a part of this line of storytellers, and we wanted them to be a part of our project.” 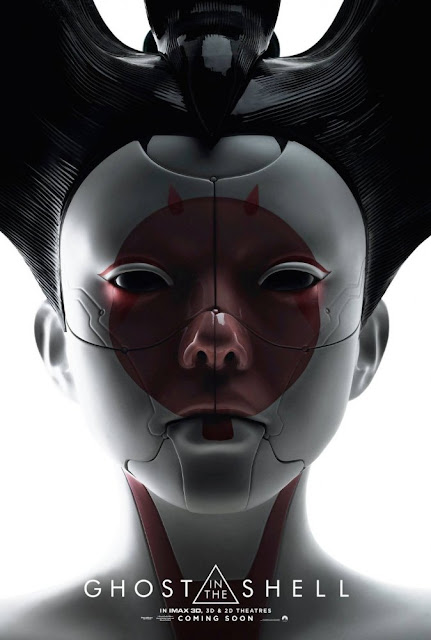