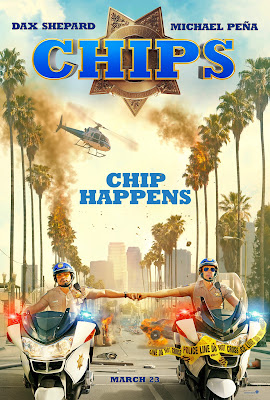 Frank "Ponch" Poncherello (Michael Peña) is a Florida FBI undercover agent sent to Southern California to be a part of the Highway Patrol group and  take down the dirty cops once and for all. He is partnered to rookie cop Jon Baker (Dax Shepard) who happens to be a former motocross champ and wants to do his best in his new job in order to win his wife back (Kristen Bell). However, the two is having a hard time to get along and in order to make their mission to be successful is for them to work as a unit and co-exist. 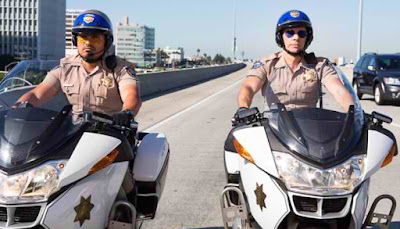 Honestly, I thought that this movie would just be a Bad Boys wannabe that will disappoint a lot of movie patrons. However, I did have a good time laughing hard on some of the scenes, which are definitely a good sign for a comedy film. It started flat and a bit annoying at times but when the comedic approach starts to pick up; the film allows the viewers to enjoy the humor they brought into the picture. 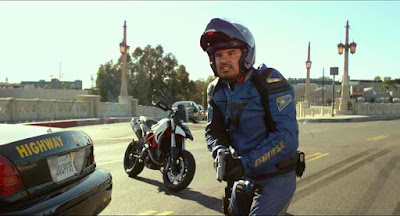 Obviously, the lead stars did a remarkable job in portraying their roles. Dax Shepard and Micheal Peña sell their chemistry like pancakes but sometimes they can't connect with their punches, especially on the first half. With Shepard being irksome at times, Peña slightly took advantage and showed what his comedic chops can bring to the table. The only problem is that their supporting casts like Kristen Bell,Vincent D'Onofrio and Adam Brody were thinly written. 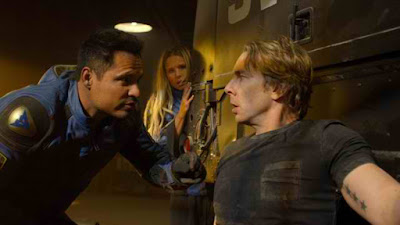 Overall, Chips is not the best buddy cop comedy in recent years, but rest assured that it will still make you laugh hard the moment Shepard and Peña starts to do their thing.