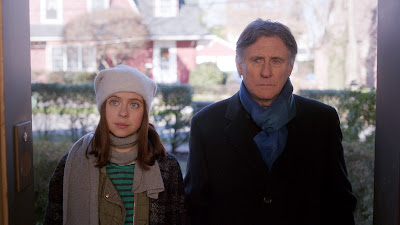 Carrie Pilby (Bel Powley) is a 19-year old genius, a year out of Harvard, four years ahead of her peers, living in New York City. Burdened with an overactive moral compass and self-consciously aware of her uncommon intellect, in a city full of people she considers oversexed, deceitful hypocrites, Carrie finds herself isolated, friendless, dateless and unemployed.
To coax Carrie out of her shell, her psychiatrist, Dr. Petrov (Nathan Lane), makes a list of goals she is to achieve between Thanksgiving and the end of the year: 1. Go on a date. 2. Make a friend. 3. Spend New Year’s Eve with someone. 4. Get a pet. 5. Do something you loved as a child. 6. Read favorite book. At first Carrie resists, but when her goal-oriented prodigy brain kicks in, she embraces the task with a vengeance. She has the time, anyway. Her father, (Gabriel Byrne), who has always joined her for the holidays in New York, isn’t coming this year.
As she tackles each item on the list, Carrie begins to make new friends: Tara (Vanessa Bayer) and Doug (Desmin Borges) at the law office where she works the graveyard shift proofreading legal briefs in a job reluctantly arranged by her dad; Cy (William Moseley), her didgeridoo-playing neighbor who, like Carrie, is also a prodigy; and the confused, engaged Matt (Jason Ritter), who thinks he might find clarity about his pending nuptials in the arms of another woman. As Carrie gets to know them, she learns that they are not one-dimensional stereotypes but living, breathing, complex human beings. Carrie begins to understand that humans, like books, can’t be judged by their “covers”. Set against the backdrop of decked-out-for-the-holidays New York City, Carrie evolves into the compassionate person she never knew she wanted to be. 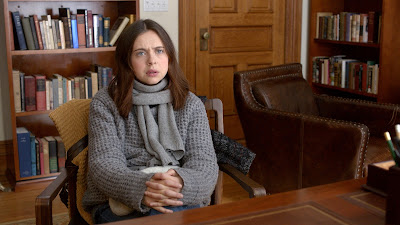 “Carrie Pilby” is based on American author Caren Lissner’s novel of the same title and first published by Harlequin Enterprises’ Red Dress Ink in 2003. The book was among the first novels published by the imprint created to take advantage of the then-burgeoning “chick lit” phenomenon that included humorous books about young, single women like “Bridget Jones’ Diary”.
“I was a single girl living in Hoboken, New Jersey,” said Lissner, “which is right across the river from New York City. I was in the city a lot, doing typical single girl in the city things, when it occurred to me that the next story I wanted to tell was about a girl who was very, very smart but not socially aware - someone young who sees things in black and white because she doesn’t have life experience and as such, judges people a little more harshly.”
“Carrie Pilby” was noted in several reviews as one of the smarter and more original novels in the genre, with Neil Genzlinger of The New York Times labeling it "hilarious". It proved successful, selling more than 50,000 copies. After the chick lit market became saturated, Harlequin stopped publishing novels under the Red Dress Ink imprint in 2009 but selected “Carrie Pilby” to be re-published in 2010 as one of the first books in the new Harlequin Teen line. The title has continued to grow internationally every year since 2010 and is now available in France (2nd printing), Germany, Spain, Argentina, Mexico, Australia, Poland, Indonesia, Italy and the UK.
“I could tell right away the women involved, the director Susan Johnson and the producers, were so passionate and had so many great ideas” said author Caren Lissner. “Susan was very inclusive. She really allowed me to see into the process, and to read every draft and offer notes,” Lissner says.
“The book has an extremely loyal and broad fan base of men and women, ages 18-80,” said director Susan Johnson. Caren Lissner: “I get a lot of emails from women who love the book, but also men. They always start their emails with “Well I know I’m not your demographic but I happened to see the book in a bookstore and I really liked it’, or ‘I saw it at my ex-girlfriend’s house’ or ‘I saw it on my girlfriend’s bookshelf and I’m not giving it back to her’. Johnson adds, ““The scope of the “Carrie Pilby” audience intrigues me. Clearly people are relating to this story in a big way, and hopefully we got it right for those people who, like me, really love Caren’s beautiful novel.” 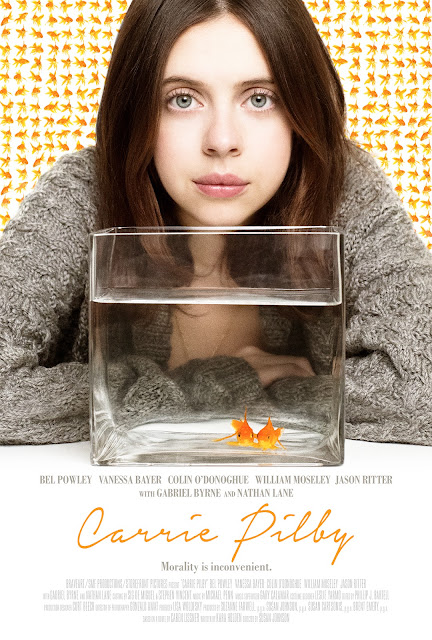 “Carrie Pilby” will open March 29 in cinemas from Pioneer Films.