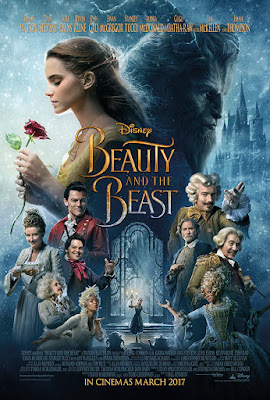 
Beauty and the Beast tell the same tale that we've all loved before. Belle (Emma Watson) is a simple young girl in a village which doesn't want to accept the changes happening in the society. She and her father (Kevin Kline) are treated as misfits in their town. Making things worse is when her father accidentally picks a wrong flower in a garden owned by a cursed prince (Dan Stevens). Belle comes to rescue his father and offered to take his place instead. Soon she becomes the prisoner of the beast in the lonely castle and later found out that all the people at the castle are cursed, and their only hope is for Belle to solve the mystery and finally break the spell.

Once again, Disney digs to their classic collection and pulls out another enchanting tale and makes a live adaptation for this era. They remain faithful to the original and avoids disrupting anything from the material. It is a bit hard to surpass the quality of the animated version but with the help of its alluring cast and striking visuals they came up close in surpassing it. It's just difficult to recreate the lively design of the animated version of the talking household objects. 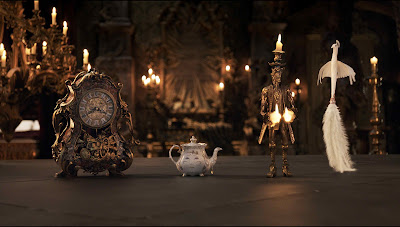 The cast magnificently did a great job in putting life to each of the characters. Emma Watson is stunning as Belle as she embraced her role really well. Dan Stevens was splendid as Beast even he is  underneath that computer generated design. I also love the supporting cast with Kevin Kline, Josh Gad and Luke Evans bringing justice to their roles. The voice casts were tremendous in giving life to their object counterparts with a special mention to Lumiere voiced by an impressive Ewan McGregor. 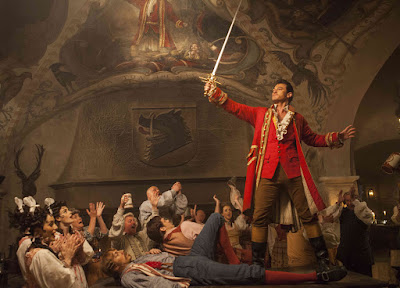 How can we forget about the classic songs that once have touched our hearts when we were young? The timeless “Beauty and the Beast” song that is now performed by Emma Thompson's Mrs. Potts with the same goose bumps feeling in that important ballroom sequence. We also loved the performance of both Josh Gad and Luke Evans in that "Gaston" version in the pub. Not to mention the fresh new songs added to an already solid play list. 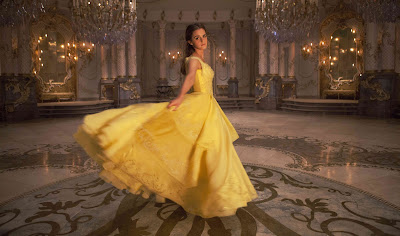