Larger than life. Last of his kind. King of Skull Island. First unleashed more than eight decades ago, King Kong has thundered off the big screen and into our world with a force that echoes through our collective consciousness still. Now the time has come to restore the crown of the greatest movie monster myth of all, with Warner Bros. Pictures' new action-adventure Kong: Skull Island.

A compelling, original adventure from director Jordan Vogt-Roberts, Kong: Skull Island tells the story of a diverse team of scientists, soldiers and adventurers uniting to explore a mythical, uncharted island in the Pacific, as dangerous as it is beautiful. Cut off from everything they know, the team ventures into the domain of the mighty Kong, igniting the ultimate battle between man and nature. As their mission of discovery becomes one of survival, they must fight to escape a primal Eden in which humanity does not belong.

“Kong represents all the mystery and wonder that still exists in the world,” says Kong: Skull Island director Jordan Vogt-Roberts. “That’s why he will never stop being relevant.”

The legend and iconography of Kong continue to strike consistently deep yet wildly varying chords with generations of fans. “A lot of things define Kong—his size, his power, his animal nature, but also his heart and huge depth of soul,” observes producer Mary Parent. “He keys into our natural affinity for other primates, and his gestures and expressions are much more humanlike than even natural primates—which is what has always set Kong apart from other monsters. Even though he’s a terrifying predator, it’s impossible not to root for him. In some ways, he’s been more like the classic romantic hero than a villain.”

King Kong was originally conjured by revolutionary special effects master Willis H. O’Brien and sculptor Marcel Delgado to be the enigmatic central figure and unquestionable heart of Merian C. Cooper and Ernest B. Schoedsack’s groundbreaking 1933 classic “King Kong”—a dazzling mash-up of Beauty and the Beast, high adventure and giant monsters that would shock and awe millions of moviegoers across the world. It played to sold-out crowds at the height of the Great Depression and broke records through decades of re-releases and television airings. It was the original effects-driven blockbuster and monster movie milestone, and has been remade, parodied and spun-off on every sized screen. Kong has also become embedded in pop culture, inspiring everything from video games to hip hop lyrics to college dissertations, and deploying armies of action figures, models, toys and games.

Kong’s defiant end from high atop the Empire State Building is among the most iconic of all time. But for fans—and Tull counts himself among them—his provocative beginning remains the Holy Grail of origin stories. In fact, his long-held goal of a 21st century MonsterVerse wouldn't be complete without it. The producers brought in writers Dan Gilroy, Max Borenstein and Derek Connolly to craft the screenplay from a story by John Gatins. Tull states, “One of the most fascinating elements of the Kong lore is Skull Island—a place with the most exotic, lethal food chain you can imagine, and Kong is the alpha predator keeping the rest at bay. That’s the mythology we wanted to crack open in this film. Our characters are not taking Kong off the island. They have to survive his domain.”

For Vogt-Roberts, “King Kong” had been the entrée to a lifelong obsession with film. “‘King Kong’ is legitimately film history, and when I first saw the 1933 film, it completely shattered my brain with its endless cinematic possibilities,” he says. “It was the first movie to transport audiences to an uncharted, untamed world. Though it was on our own planet, we were confronted with things that we were told couldn’t exist here.”

A self-described “nerd,” the Detroit-born filmmaker came of age on a steady diet of monster movies, summer blockbusters and video games. His discovery of ‘70s cinema would be the flashing neon sign guiding him forward into making movies of his own. Though that generation’s bold, brash, socially conscious films had been produced long before Vogt-Roberts was even born, they spoke directly to his own contemporary experience and sensibility. “The ‘70s are like a weird black mirror of our modern world,” he notes. “Everything that was happening then—political scandals, civil unrest, divisive wars, distrust of the government—reflects exactly what’s happening right now. At the same time, the `70s was kind of the last time when science and myth could co-exist. Since then, we’ve been on a slow quest to destroy the unknown.”

“Kong: Skull Island” marked only the second film—and by far the biggest—that Vogt-Roberts has made, but he was undaunted. He reflects, “What guided me through this epic journey was to create an experience for the audience that will feel so real that it will open up a space for myth and mystery in their lives. Even though we’re making a completely new movie with, with a very different narrative…this is King Kong.” 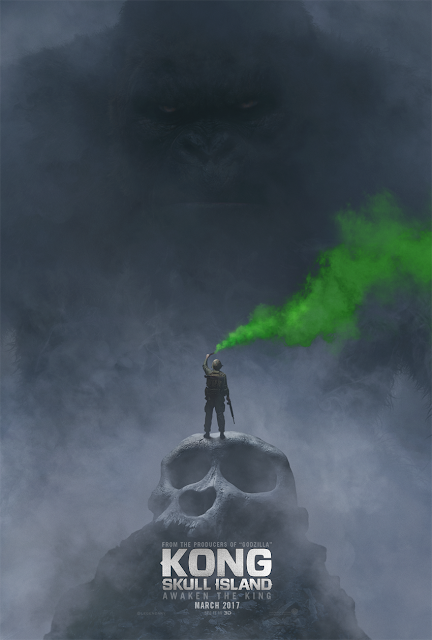